Despite attempts by the Washington administration to impose anti-Russian views on ordinary people in the US, the American nation is not the enemy of Russia, says Maria Zakharova, the Foreign Ministry’s official representative.

In a recent interview with popular Russian daily Komsomolskaya Pravda, Zakharova said that in her opinion the United States as a nation was not hostile to Russia.

“The USA is not Obama. The USA is the people who populate the country. The problem lies in the fact that the current US authorities are trying to impose anti-Russian sentiments on their people,” she said. “But the USA as a nation and Americans as a people are not our enemies.”

Reporters also asked Zakharova to comment on Barak Obama’s statement that the Russian economy was in tatters, made in the State of the Union Address in January this year.

“I am very surprised by the fact that the head of a state, who considers himself a civilized person, is proud of doing harm to other people. I have always thought that we should be proud of doing good to people,” Zakharova answered. “This is the first time I’ve ever seen something like this in the history of modern diplomacy,” she added.

Russian officials have already commented on Obama’s controversial statement about the dire state of the Russian economy. In January, Russia’s deputy PM in charge of the weapons industry called the US president ‘a dreamer’ in a Twitter post, hinting that the effectiveness of the anti-Russian sanctions was much lower than the policy’s initiators had hoped for.

Russian MP Frants Klintsevich, of the parliamentary majority United Russia party, has said that Obama’s statement revealed the true attitude of the US ruling elite towards Russia, as well as America’s plans of global dominance. He added that he didn’t think it a coincidence Obama made this statement at a historical moment, when Russia has found its place in the global political and economic system, understood its interests and learned to defend them.

Maria Zakharova was appointed director of the Russian Foreign Ministry’s Information and Press department in early August this year and became the first woman in history to assume the post. 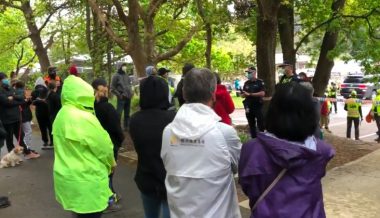