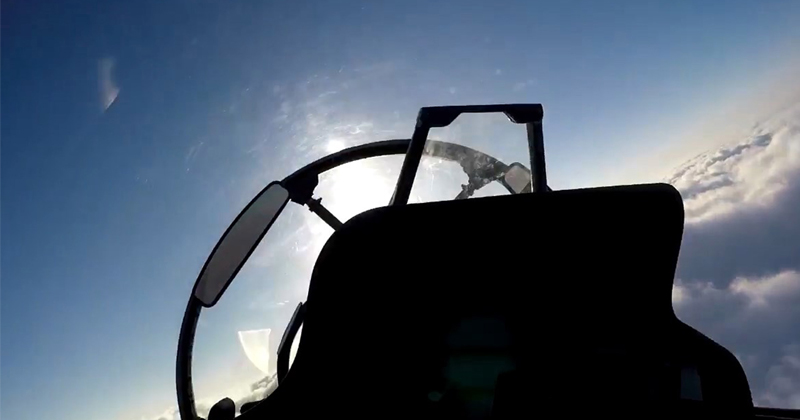 Two crew members died and two others were injured after a Russian Tu-22M3 supersonic strategic bomber has crashed in northwestern Russia while trying to make a landing at an air base near the city of Olenegorsk in Russia’s Murmansk region during a sudden snowstorm, according to RT.

CNN reported that the incident occurred at 5:40 am ET. The aircraft had four crew members – a commander, co-pilot, navigator and operator – on board. It wasn’t immediately clear which had been killed.

The aircraft was destroyed on impact, though, seemingly miraculously, two crew members managed to survive and were taken to the hospital. The storm is reportedly a rare kind that only happens in the Arctic. According to RT, it is almost impossible to predict and can develop very rapidly.

Report detailing key encounters between US Democrats and Russians.

The Tupolev Tu-22M3 is a strategic, nuclear-equipped supersonic long-range bomber that has been operational since the late 1980s. According to the Russian Defense Ministry, the crashed aircraft had no weapons on board. The air base near Olenegorsk is operated by a branch of the Russian Air Force that controls long-range fighters and is one of several where Tu-22M3s are deployed.

In addition to being capable of performing nuclear attacks, the Tu-22M3 can be equipped with conventional weapons and weapons enabling it to carry out anti-ship missions.

The crash occurred shortly after Russia carried out its first test of a new hypersonic missile that President Vladimir Putin said will be able to penetrate NATO anti-missile defenses.

An air traffic control false flag is being used to further blame President Trump for negative, undesirable impacts of the government shut down.