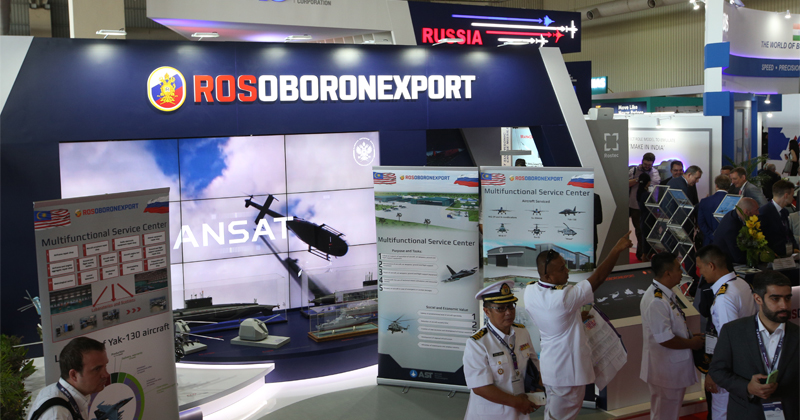 Russia once claimed gold in the race for hypersonic dominance after rolling out a range of ultra-fast projectiles.

Now it’s offering unique radar protecting against weapons of the same kind – even if they come in huge numbers.

Having unbeatable offensive weapons – for example hypersonic missiles – could be a game-changer in the age of modern, fast-paced warfare. But it’s equally crucial to have something that shields you from those designed or deployed by an adversary.

And Russia’s newest radar station is able to fit the bill, Rosoboronexport, the government agency in charge of arms trade, said this Wednesday. The radar, which is the latest addition to the Protivnik (Adversary) family, is likely to turn a few heads abroad due to its capability to “efficiently detect a wide range of existing and future flying objects, including hypersonic targets.”

The looks of the radar, mounted atop a standard military-issue KAMAZ truck, isn’t as impressive as its unique features. Its antenna is sensitive enough to detect targets flying at 8,000kph (nearly 5,000mph) and at a distance of up to 450km (280 miles).

The newest edition of the Protivnik series “can simultaneously track at least 1,000 thousand objects” and distinguish between eight classes of missiles, Rosoboronexport revealed.

The radar is highly mobile, meaning that its crew can move around quickly and avoid being tracked by the enemy in what is known as ‘shoot-scoot-tactics’ in military lingo.

The agency hopes the system will grasp the attention of users in Asia-Pacific, North Africa, and the Middle East, where Russian military hardware has always been in great demand.

The Russian armed forces have started using previous models of the Protivnik family in recent years, along with early warning facilities put in place across the country.

Apart from defensive equipment, Russia is working on state-of-the-art hypersonic projectiles. Some, like the Avangard (Vanguard) hypersonic glider, were already put into service, while others, like the Kinzhal (Dagger) cruise missile, are undergoing trials or said to be in the works now.