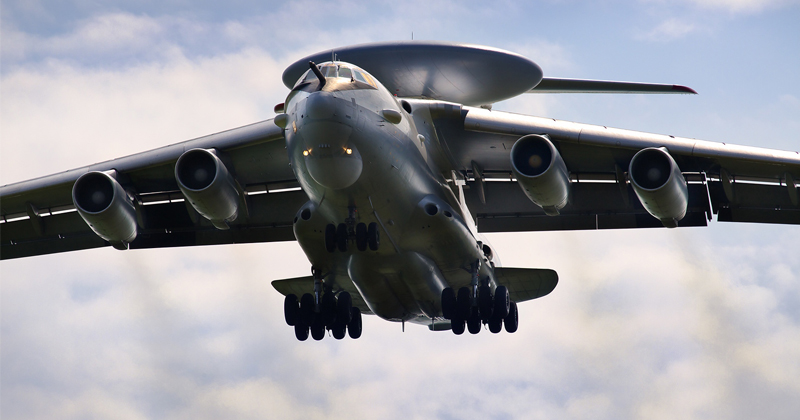 For the first time since the fall of the Soviet Union, Russian jets flying through South Korean airspace provoked the South Korean military into a “midair confrontation” that involved firing hundreds of warning shots.

Three Russian military planes (two Tu-95 bombers and one A-50 airborne early warning and control aircraft) entered South Korea’s air defense identification zone off the country’s east coast, the South Korean Defense Ministry said. South Korean fighter jets scrambled in response, and fired 80 rounds of machine-gun fire and 10 flares – what they described as “warning shots.” Two Chinese bombers joined with the Russian planes on Tuesday, and even violated South Korea’s airspace from the Southwest, though media reports didn’t specify whether they were participating in some kind of exercise with the Russian planes, or whether it was a separate incident entirely. It’s not uncommon for Chinese jets to wander into South Korean airspace.

War Is In The Air

The culture of outrage is on the verge of boiling over their indignation in to a hot war they are unprepared for.

The Russian jets retreated, but one of them returned later, prompting South Korea to scramble its jets again for a second confrontation. This time, they fired 280 machine-gun rounds, and another 10 flares.

South Korea wasn’t the only country to lodge a protest. Japan’s Chief Cabinet Secretary Yoshihide Suga made what the Japanese government described as a “stern protest” to Russia, based on the perception that the Russian plane violated Japanese airspace.

The former Soviet Union supported the North during the Korean War, which left millions of Koreans dead. In 1983, a Soviet fighter jet fired an air-to-air missile at a South Korean passenger plane that strayed into Soviet territory, killing all 269 people on board. In later years, diplomatic relations between the two countries gradually improved in the years before the Soviet Union fell.

Moscow swiftly denied that its jets had violated South Korean airspace, and it also denied that the “mid-air confrontation” had taken place.

Seoul: Russia violated our airspace.
Moscow: No we didn’t.
Seoul: We fired 360 warning shots at your aircraft.
Moscow: No you didn’t.

Russia & South Korea not exactly on the same page about this incident.


The airspace allegedly violated by Russia lies over a string of South Korea-held islands roughly halfway between South Korea and Japan, which makes it a sensitive area.

South Korea and Japan remain locked in a trade confrontation that has prompted a slowdown in the South Korean export machine. But for a short time on Tuesday, they shared an adversary. But whatever Russia was trying to accomplish with these exercises – if anything – remains unclear.

Where is the outrage for the scores of American globalists siding with China?