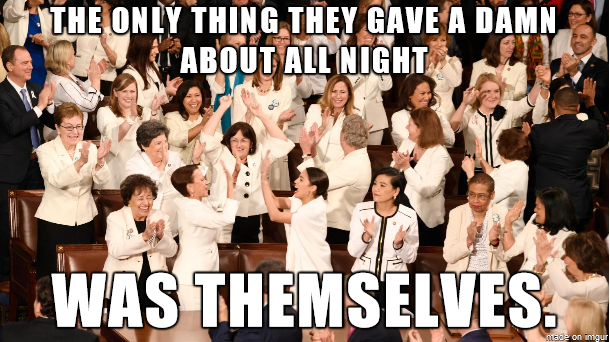 Congressional Democrats did not have a good time during President Trump’s State of the Union address, and the internet took notice.

Who’s dumb idea was it for them to all wear white? #sotu pic.twitter.com/1pSjg0hSMe

That look you give when everyone wears your outfit: #SOTU pic.twitter.com/Scnc57LcK3

I did an @AOC #SOTU meme pic.twitter.com/dd1P6GwAiG

Trump: Common sense thing that 99 percent of Americans should agree on

This is the nice meme #aoc the rest of the internet has them dressed in hoods. Can't believe you didn't see this coming.#sotu #SOTU2019 pic.twitter.com/TGZVc7Caab

How smart Americans watched the State of the Union last night! pic.twitter.com/3Yw80SIBkU

At one point, Trump declared that “America will never become a socialist country,” eliciting a red-faced scowl from socialist Sen. Bernie Sanders (I-Vt.).

Trump at #SOTU America will never become a socialist country !
And all the cameras on the Bernie Sanders 🤣 pic.twitter.com/641Gm4k5Zs

“America will never be a socialist country.”

After you vote a Democrat into office then go looking for their helping hand. 😂 #SOTU pic.twitter.com/KliHfKBesw

Though they refused to clap for WWII heroes, cancer survivors, human trafficking arrests, astronauts, or victims of illegal immigration, they did manage to celebrate their own election victory as Trump acknowledged the historic number of women in Congress. 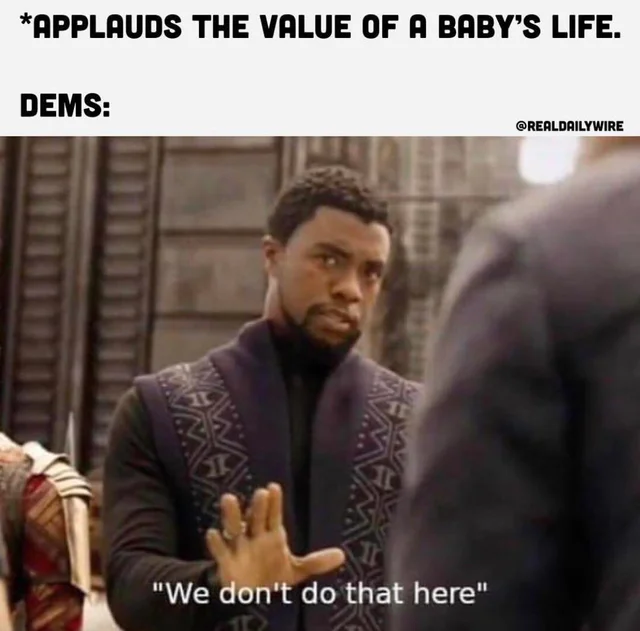 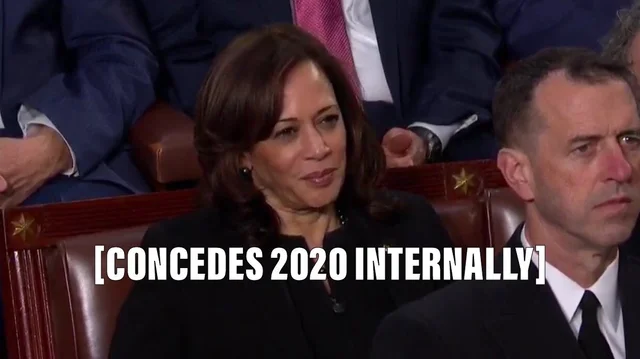 Alex Jones breaks down how, during President Trump’s State of the Union address, Democrats revealed their ties to organized crime by not applauding for obvious victories for the current administration, especially the bankrupting of criminal drug cartels which Democrats refused to clap for.