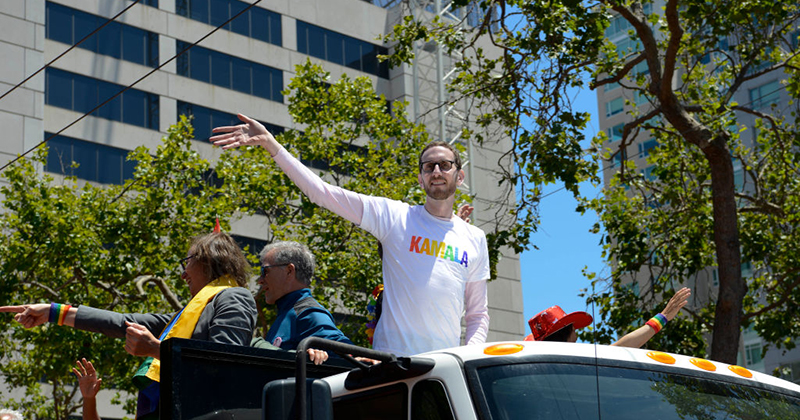 San Francisco state Senator Scott Wiener has introduced a new bill to decriminalize adult men having sex with boys and he and his allies in the media are smearing all opposition as “homophobic” and “anti-Semitic.”

From The Federalist, “No California Shouldn’t Decriminalize Adult Sex With 14-Year-Olds”:

LGBT activists have pushed reasonable notions of equality to its limits with obscene perversions. State Sen. Scott Wiener, D-San Francisco — the same lawmaker who co-sponsored a bill in 2017 to remove the felony penalty for knowingly exposing another person to HIV — has introduced a bill, Senate Bill 145 to give judges more flexibility in sentencing gay men who abuse minors.

Under current law — which Wiener, who is gay, describes as “horrific homophobia” — a straight 24-year-old male who has sex with a 15-year-old girl can avoid being put on the sex-offender list if the judge feels the situation does not deserve it, but a gay man in the same scenario with a similar-aged boy would not be given the same option.

Wiener’s argument is one of evolving social standards. In 2015, the California Supreme Court upheld the long-standing separation of vaginal sex from other forms of sex-based on the misguided idea that if pregnancy occurred, placing the father on the sex-offender list could ruin his chances of providing for his family. The extreme of the scenario would be an 18-year-old man with a 17-year-old girlfriend.

Wiener’s bill, however, is not so straightforward. He argues all forms of sex should be treated equally under the law.

The Law Will Protect Exploitation of Minors

Moreover, while there is room for flexibility in a ruling in which a boy turns 18 while his girlfriend is still 17 and her father presses charges, the bill defines the age minimum at 14. Recognizing that minors cannot legally consent to sex, Wiener argues that if a minor age 14 to 17 voluntarily has sex with an adult who is less than 10 years older, the judge should decide based on the individual facts of the case whether the adult should be placed on the sex-offender registry. Data provided by Wiener’s office states, “[A]t least 2,400 people on the [CA] sex-offender registry, and potentially hundreds more, have been convicted of non-vaginal sex with a minor age 14 or older.”

According to the media, you’re “homophobic” and “anti-Semitic” if you oppose this bill.

Wiener himself similarly painted all opponents of the bill as homophobes and anti-Semites, writing: “Those who think homophobia & antisemitism are over are not paying attention.”

Thread: This week, I’ve been the target of violent, homophobic, antisemitic attacks from the QAnon/anti-vax right, including death threats (screenshots below). All b/c I’m authoring SB 145 to end discrimination against LGBTQ youth on sex offender registry. https://t.co/Yvq0n0JQlc

I have thick skin, but this has been scary, particularly with the assassination of a federal judge’s son last week. There is so much misinformation about SB 145 & it’s hard to track where it starts. Those who think homophobia & antisemitism are over are not paying attention.

The left loves to talk about “extremism” on the right and yet NAMBLA is effectively now part of the mainstream for the Democratic Party in California.

As I reported last week, San Francisco has approved an ordinance to reopen gay bathhouses in the name of aiding the city’s “economic and cultural recovery” while most small businesses are shut down and STDs are at record levels.

This is what the left calls “progress.”