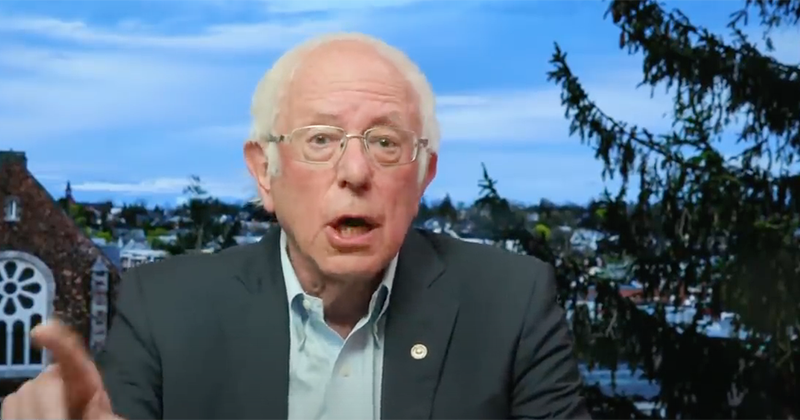 Twice failed Socialist presidential candidate Bernie Sanders proclaimed Sunday that there is a “silver lining” to the coronavirus, that it can initiate “rethinking some fundamental tenets about the way our government and society works.”

Appearing on ABC’s “This Week,” Sanders continued to push his failed socialist vision, suggesting that “There’s a lot to be done. And if there’s anything that I hope we learn out of this horribly painful experience is that maybe we create an economy and a government that works for all, not just the few and wealthy campaign contributors.”

“We should ask ourselves, among other things, is health care a human right that all of us deserve? Because we’re human beings. Or is it simply a health care benefit that somehow we lose when we lose our jobs?” he added.

Sanders took aim at White House trade advisor Peter Navarro, saying “Mr. Navarro talked about the great economy, a beautiful economy that existed before the pandemic — well, half of people in America were living paycheck to paycheck. I don’t think it’s beautiful economy that when paychecks stop for two weeks, millions and millions of people don’t have enough money to buy the food that they need to feed their families.”

“We need an economy that works for all, not just Trump and his billionaire friends.” Sanders continued.

Sanders’ comments echo those of Nancy Pelosi, Hillary Clinton and Joe Biden, who have all said that the coronavirus crisis should be used to push Democrat agendas, such as universal healthcare.