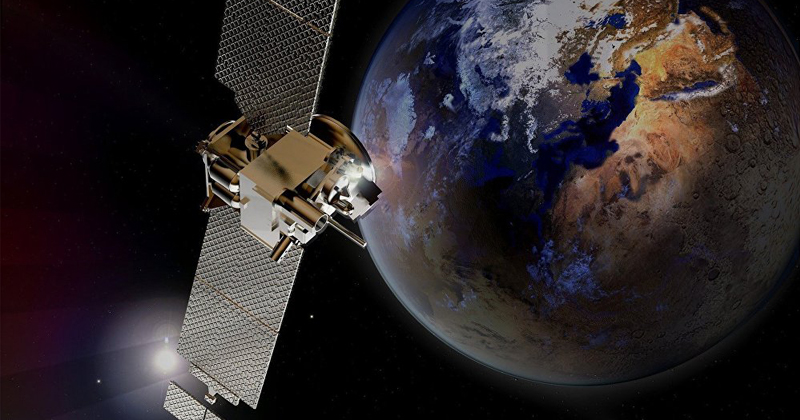 While some satellites can be simply shut down by the hackers or hijacked to jam the signals they send, the ones equipped with thrusters could potentially be launched to crash into other satellites or even into the ISS, the researcher warns.

As private companies continue to deploy more and more space satellites into Earth’s orbit, it appears that this tendency may present a significant risk to our planet’s population if proper security measures are not implemented.

As William Akoto, a postdoctoral research fellow at the University of Denver, explained in his article published on Live Science, the “lack of cybersecurity standards and regulations for commercial satellites”, along with the “complex supply chains and layers of stakeholders” involved, leaves satellites “highly vulnerable” to cyberattacks.

“If hackers were to take control of these satellites, the consequences could be dire”, Akoto notes. “On the mundane end of scale, hackers could simply shut satellites down, denying access to their services. Hackers could also jam or spoof the signals from satellites, creating havoc for critical infrastructure”.

Furthermore, since some satellites have thrusters, hackers could potentially try to alter their orbits and crash them into other satellites or even into the International Space Station, he adds.

Also, since many of the commercial satellites, such as CubeSats, use “off-the-shelf technology”, it allegedly presents hackers with opportunities to install back doors into their software, with further vulnerabilities stemming from the fact that launching satellites into space usually involves multiple companies and that satellites day-to-day management is often outsourced.

Akoto also points out that as SpaceX and its rival companies vie for the title of dominant satellite operator, it may become tempting for them to “cut corners in areas like cybersecurity” in order to speed up development and production.

And whatever steps government agencies and the private sector might take to deal with this potential threat, Akoto argues that “it is imperative to act now”.

“It would be a profound mistake to wait for hackers to gain control of a commercial satellite and use it to threaten life, limb and property — here on Earth or in space — before addressing this issue”, the scholar warns.

Far-left Reps. Ilhan Omar (D-MN) and Rashida Tlaib (D-MI) appeared to refuse to stand in honor for one of the last surviving heroes of WWII during President Donald Trump’s historic State of the Union Address.