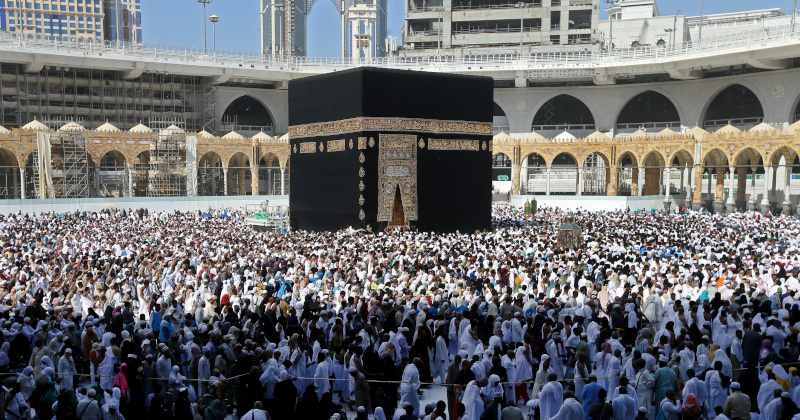 Saudi Arabia has imposed a temporary ban on religious pilgrimage, known as Umrah, to historic Islamic shrines in Mecca and Medina over the coronavirus outbreak that has recently spread to the Middle East.

The oil-rich kingdom announced on Wednesday that the restrictions were put in place to “provide the utmost protection” to those living in Saudi Arabia as well as pilgrims and tourists willing to visit the country.

In a statement, the Saudi Foreign Ministry said that the government would suspend “entry to the kingdom for the purpose of Umrah,” as well as for visiting the Prophet’s Mosque in Medina, the second holiest site in Islam after the Grand Mosque in Mecca.

Umrah is an Islamic pilgrimage to Mecca that can be undertaken at any time of the year, unlike Ḥajj, which should be attempted by every Muslim at least once a lifetime at a specific time of year.

In addition, Riyadh suspended entry for anyone who has a valid tourist visa but hails from countries that have been experiencing a COVID-19 outbreak.

Saudis and citizens of the five other nations that comprise the Gulf Cooperation Council (GCC) – Bahrain, Kuwait, Oman, Qatar and the United Arab Emirates – will be barred from using their national ID cards to either enter or leave the kingdom, the ministry said, noting that those Saudis citizens who want to return from abroad and GCC nationals who are now in Saudi Arabia but want to fly back to their respective home countries will be exempted from the ban.

It’s unclear when the restrictions will be lifted, with the ministry noting that the move is “temporary” and “is subject to a continuous evaluation by the competent authorities.”

Riyadh’s decision to partially shut its borders for pilgrims and citizens from the coronavirus-stricken countries comes as the virus has been taking hold in Europe and the Middle East.

The highest number of coronavirus fatalities outside China have been reported in Iran, where 19 people have died, according to the country’s health ministry, and another 139 have been infected.