The Supreme Court in Saudi Arabia has confirmed the death sentence against Shia cleric Sheikh Nimr al-Nimr, a leader of anti-government protests, one of his brothers said.

“After the confirmation of Sheikh Nimr’s death sentence by the Court of Appeal and then the Supreme Court, his life is in the hands of King Salman who can endorse the sentence or suspend the execution,” Mohammed al-Nimron said on Sunday.

He warned his brother’s execution “could provoke reactions that we do not want,” as Sheikh Nimr had “supporters in the Shia areas of the Islamic world”.

Mohammed al-Nimr said he expected the king to “prove his wisdom” by halting the execution of his brother and six other Shia people.

Among those sentenced to death, “three, including my son Ali, were minors at the time of arrest” for involvement in anti-government protests that erupted in the Eastern Province in the wake of the Arab uprisings, he told AFP news agency.

The case of Ali al-Nimr, in particular, has led to strong reactions around the world, with many asking the Saudi authorities to grant the young Shia a stay from the execution.

Iran, the arch-foe of Saudi Arabia, on Sunday warned Riyadh not to execute the cleric.

“The situation in Saudi Arabia is not good and provocative and tribal attitudes against its own citizens are not in the government’s interests,” he said in a statement.

Sheikh Nimr had called in 2009 for separating the Eastern Province’s Shia-populated Qatif and Al-Ihsaa governorates from Saudi Arabia and uniting them with Shia-majority Bahrain.

Last year a special court in Riyadh sentenced him to death for “sedition”, “disobedience” and “bearing arms”. 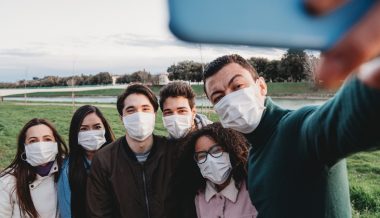