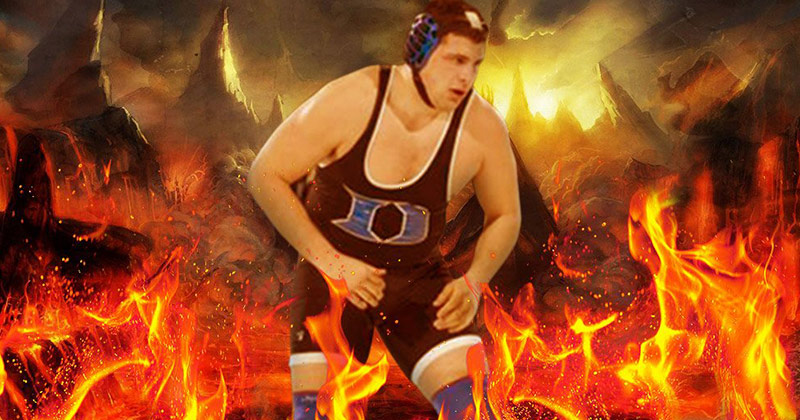 Marty Gottesfeld is an Obama-era political prisoner and Republican Senate candidate against incumbent Elizabeth Warren. You can donate to his legal defense fund at FreeMartyG.com or to his political campaign at VoteMartyG.com.

With all of the recent attention on the apparent malfeasance in the upper echelons of the DOJ, I couldn’t help but feel that the media has been losing sight of the pervasive and systemic nature of the organization’s problems and of the bulk of the dirty iceberg lurking just beneath the surface of the Justice Department. As is becoming increasingly clear, more is required than a simple change in leadership at the top if we are to really address the situation and I was grateful to hear the part of President Trump’s State of the Union speech when he said that he plans to fire federal employees who undermine the public’s confidence in our government.

So, to highlight the deeper issues, I figured that I’d profile one of the crooked lower-level modern-day FBI field agents whom I know: Michael W. Tunick. In many ways, Tunick is a microcosm of the larger problems which permeate his agency.

Tunick attended the elite Duke University, known for its NCAA Division I basketball program as well as its strong academics. He was a member of the school’s lesser-known but still successful wrestling team, but he failed to stand out with his individual record of 33-47. He graduated, apparently without honors, in 2009. Then like many of his fellow agents, he began a lackluster career in the private sector before joining the FBI and being assigned to one of its top units – the Boston field office’s Cyber Crime Squad (CCS).

It wouldn’t be long until Tunick would have a chance at a big break: being one of the lead agents on a very high-profile case. However, as has become increasingly normal in the heavily politicized and patronized  FBI, in order to please his superiors, Agent Tunick would have to put politics over morality and ignore the plight of real victims to instead do the dirty work of powerful monied interests who had his department in their back pocket. And, indeed, those influential elites had found their man.

The case would center around a young girl named Justina, who had been enduring almost unfathomable torture at the hands of Harvard’s primary pediatric teaching facility, Boston Children’s Hospital (BCH).

To learn more about what happened, including how I fought for Justina’s life and human rights, please see this article by Michelle Malkin, this one by Rolling Stone or this one by Daily Wire. Or, you can watch this clip by Lee Camp or this one below from Infowars:

When Special Agent Tunick and his superiors learned about the above, they didn’t spend one moment doing anything to help Justina, who had already been detained against her will by BCH for over a year and crippled by its alleged malpractice and healthcare fraud. Instead, as the FBI testified in court, they immediately started investigating me for trying to save Justina’s life with a digital sit-in — an Internet and fundraising disruption — at the $2 billion Harvard hospital, which receives $300 million/year in federal funding. But that callousness only represents a fraction of the true monstrosity of Tunick and his fellow federal government agency.

Indeed, as detailed by Red State, the New American and Daily Wire as well as by me at WND, Infowars and the Huffington Post, Tunick and his colleagues, including former chief cyber crime prosecutor and Harvard alum Adam Bookbinder, went to Magistrate Judge Marianne Bowler for a bogus search warrant for my home. The warrant is bogus for many reasons, not the least of which are the conflicts of interest on the part of the judge to whom they went to have it issued. It turns out that not only did Bowler work for BCH’s overseer, Harvard Medical School, but she is married to one of its professors and worse yet she was the director of a non-profit that raises money for Justina’s tormentors. Indeed, Bowler recused herself from at least one other Boston Children’s Hospital case while she was presiding over my docket — but not from mine.

Cases like this demonstrate that federal monsters like Tunick, Bookbinder and Bowler have little respect for the 4th Amendment, nor for its requirement that warrants be issued by neutral and detached judges.

Then, when Tunick and his bent Boston FBI cronies were actually searching my house and seizing my things, I told them all about how there are many thousands of institutionalized children in America suffering fates like these:

Tunick and his fellow agents didn’t bat an eye. Nor have they done anything with their badges to protect these kids since. Even when the DOJ was asked by the chair of the House Committee on Education and Labor to help these kids, it did nothing despite money and children crossing state lines. And that makes them monsters of the worst kind.

But Tunick and these other thugs still worked on defending their depravity. In the months that followed they went to my wife’s parents in California to try to intimidate them. Then, as covered by Daily Wire, Shadowproof and Red State as well as by me at WND, my wife reported that they threatened to come after her for posting evidence of their corruption documented in the FBI’s own flagrantly unashamed sworn court testimony.

Indeed, the mob has nothing on these guys and I’m not the only person from Boston saying as much. Let’s hope President Trump uses his constitutional authority to do something about this. Justina and other kids deserve better.