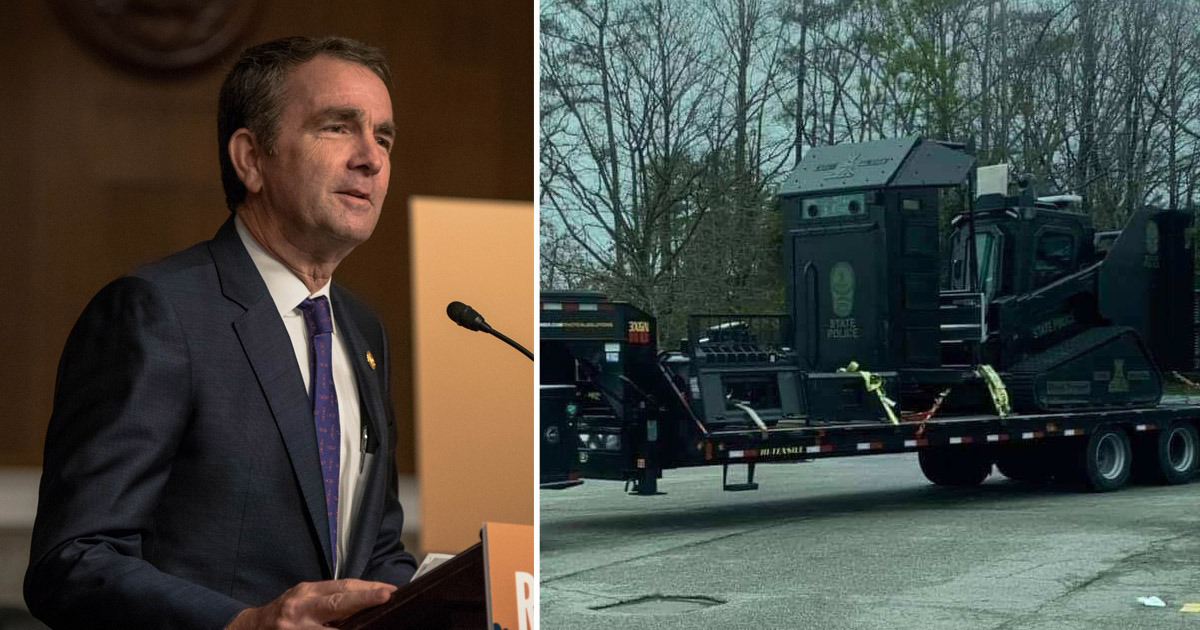 Following a temporary emergency declaration by Governor Ralph Northam, large elements of the Virginia State Police have been photographed arriving in the capital city of Richmond, bringing with them a ROOK armored SWAT carrier.

The temporary emergency has been issued ahead of Monday’s Lobby Day Demonstration, in which tens of thousands of 2nd Amendment activists are expected to descend on the State Capitol in protest of Democrat-sponsored gun control and confiscation bills making their way through the newly-blue state legislature.

As previously reported by The National File, Northam’s emergency declaration has been issued with the intent of disarming protestors, something the event’s organizers, the VCDL, say violates Virginia law, and are currently fighting in court alongside Gun Owners of America.

The battle for the Republic intensifies as the state of Virginia declares a National Emergency in preparation for the Rally Against Gun Confiscation. First and Second Amendment rights advocates are gathering from all across the country to peaceably protest Democrat lawmakers’ sweeping gun control measures that could very well create a constitutional crisis and spark the second American Civil War.

In addition to the arrival of militarized police, recent photos show the construction of fencing around the Capitol building – fencing that appears to act a pen, meant to contain Lobby Day attendees in a confined space.

Since winning a majority in the state legislature last November, largely due to extensive redistricting efforts, Democrat lawmakers have become increasingly aggressive on Second Amendment issues, even floating the ideas of military action against gun owners, and the arrest of law enforcement officers who refuse to cooperate.

In response, thanks to a massive grassroots effort, over 100 Virginia municipalities have voted to become “2nd Amendment sanctuaries,” including Virginia Beach, the state’s largest city, vowing not to enforce any unconstitutional gun laws coming out of Richmond.