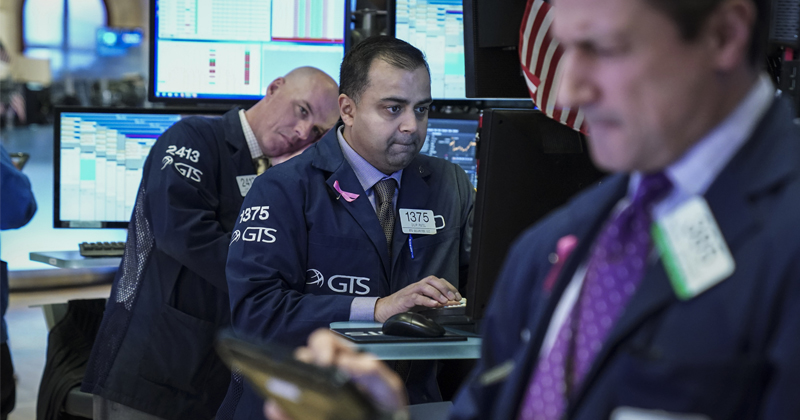 After the worst Christmas Eve in the history of the stock market, the Santa Clause rally came late. Markets bounced back in the short trading week after Christmas.

The Dow started with a 1,000-plus point gain, then dropped nearly 600 points the next day, before rallying late to close in the green.

The rally had some Wall Street pundits feeling giddy, but in an interview on RT America, Peter Schiff said the bubble has popped and this is exactly the kind of roller coaster ride you expect in a bear market.

“We are in a bear market. We had the longest bull market in US history just come to an end, and it doesn’t die easily. So, you’re seeing a lot of volatility. These big up moves, which are typical again in bear markets, are designed to keep the hope alive, so people don’t sell, and you sucker in a few more buyers because they think the bottom is in. And then the next thing you know, the market is trading for new lows. I think this bear market has a long way to go. We’re still much closer to the top than the bottom. And the worst part is not really the bear market, but the economy, which is headed for a worse recession than the one that we now call the Great Recession that we had in ’08 and ’09.”

The host noted that markets are cyclical and asked Peter what exactly changed last fall to drive this sudden downturn on Wall Street.

“The only thing that’s changed is the bubble has popped. When Donald Trump was elected, there was a giant bubble, and it got bigger for the first couple of years, or not quite two, that he was president. But now the bubble’s popped and the air is going to come out.  And we’re going to finish the financial crisis that we started in 2008.”

Peter said people want to pinpoint some kind of change that suddenly drove the markets down, but the fact of the matter is the economy has been lousy the entire time.

“All the problems that resulted in the ’08 financial crisis have been made worse since that crisis by the very institution – the Federal Reserve – that created the problem in the first place. They created the financial crisis by inflating a housing bubble, by keeping interest rates too low for too long. Well, this time they kept them even lower for even longer. They inflated a far bigger bubble than the one that popped in ’08. And now that this one has popped, it’s going to be followed by a worse crisis and a worse recession, and people have to understand this and prepare for it.”

Peter also talked about the trade war. He said he doesn’t think President Trump understand how China helps prop up the American bubble economy. They buy American debt and they sell Americans products they don’t make themselves. And contrary to what the president wants us to believe, there is no revival in American manufacturing.

Ultimately, Trump is going to have to focus on much bigger problems. On top of that, he’s painted himself into a corner. He hung his hat on the “booming” stock market and a “booming” economy.

“Well, the stock market boom has gone bust and the economic boom is going to bust next, and then the president is going to have a real hard time.”