An eight year old child with special needs will face a day in court to answer to two felony charges after police were called by school officials when the boy ran away.

The parents of Edward Hart are furious that their son, who they say has anger problems, is being subjected to such punishment. The boy ran away from Hillside Learning and Behavior Center in Allegan, Michigan last month, and was quickly found by school staff at a local store.

Instead of calling the boy’s parents or even attempting to deal with the matter themselves, the school employees called the cops.

The cops put Edward in the back of their car where, they claim, the boy cursed at an officer and “verbally assaulted” him.

Police also charge that Edward damaged a camera in the car, according to local news station WXMI-TV.

For this, the boy faces two felony charges for “malicious destruction of police property and
resisting and obstructing.”

“He has special needs. He has anger issues. They know this, and they’re going to throw him in the back of a cop car all by himself?” the boy’s father Robert Bluhm told reporters.

“If they had him under control, why didn’t they ride with him in the back of this cop car so this incident would have never took place?” Bluhm said, referring to school staffers.

The father also noted that he had demanded an explanation as to why the cops were called in to deal with the situation, but the school “had no answers for me. They couldn’t answer that question” he said.

Edward is now also being forced to attend counseling before appearing in court.

The Superintendent at the school defended the actions of his staff, saying that “all protocols were followed in this situation and that things were handled properly.”

The boy’s parents say that they are disciplining their son accordingly over the incident, but remain angry at the way it was handled.

This is, of course, the new America where schools are little more than open prisons where teachers are “officials,” and instead of promoting learning and growth, they “follow protocol”. So, naturally, if a student steps out of line, law enforcement officers are called in and charges are filed.

Steve Watson is a London based writer and editor for Alex Jones’ Infowars.com, andPrisonplanet.com. He has a Masters Degree in International Relations from the School of Politics at The University of Nottingham, and a Bachelor Of Arts Degree in Literature and Creative Writing from Nottingham Trent University. 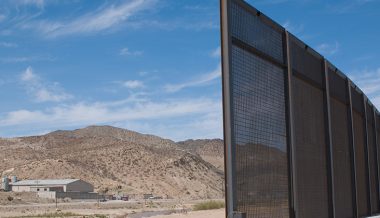