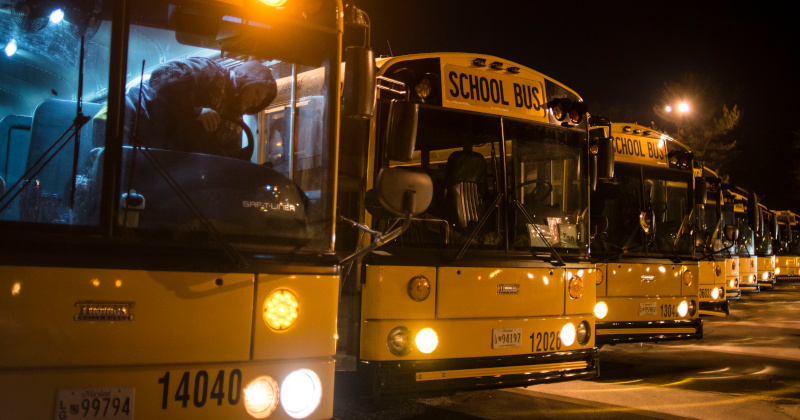 This is what happens when voters allow unaccountable Democrats to run wild with radical policies focused at building ‘equity’ and attacking ‘privilege.’

In deep-blue Howard County, Maryland, a local school board voted last week to impose a massive, 1970s-style busing and redistricting plan on the affluent suburban county, despite the fact that the plan is vehemently opposed by an overwhelming majority of residents.

According to the Daily Caller’s (DC) Luke Rosiak, after the first vote for the plan failed, members of the county school board retreated into their back room.

When they came out, the one Democratic member who had voted “No” was visibly upset. When the board held another vote a few minutes later, she acquiesced.

Here’s more from the DC:

“Board member Kirsten Coombs voted “no” after board member Jennifer Mallo motioned to move a swath of children out of their schools to try to balance poverty rates. It failed 4-3, and people clapped. “I move that we go into recess to consider the impact of the failure of that last motion,” Mallo said.”

“Coombs appeared to be crying when they came out of the back room and said the board should vote again ‘because otherwise the entire plan falls apart.'”

Across suburban America – and especially along the eastern seaboard – there are few local policy experiments as reviled as “busing,” as the Washington Post reminds us.

Of the community members who oppose the plan – dozens showed up at the Thursday-night school board meeting to protest the vote – several individuals hailing from the former Soviet Union and mainland China said in a Facebook group that the board members’ bullying tactics reminded them of the totalitarian regimes from which they fled.

What’s more, the board received nearly 7,000 pieces of mail opposing the policy, and just 150 in support of it.

The policy will dislodge thousands of children from their schools to try and balance out poverty rates in an attempt to equalize performance, drop-out rates and other metrics that measure ‘equality’.

Tellingly, many residents in the communities that this plan is supposed to help also oppose it, since it could involve sending their children to schools far from home.

Adding insult to injury, after the vote passed, Jennifer Mallo, the board member who helped convince Coombs to change her vote, had the temerity to lecture her audience about the importance of equality, and neglected to mention the fact that nobody asked for this policy – and few support it, even among those the policy is purportedly designed to ‘help’.

Mallo also lamented the open-government laws that allowed her audience to be present, and even complained about the low pay received by board members.

Unfortunately, this issue isn’t isolated to Howard County: A loose alliance of activist groups (many of the groups are backed by billionaire investor George Soros) are pushing “equity” plans that rely on what some economists have called “junk science.”

One country resident told the DC that she is questioning her allegiance to the Democratic Party because of the busing decision.

“Marybeth Steil, a county resident and lawyer, told the DCNF, ‘I thought I was a Democrat before the August 22 release of the plan, but this totally alienated me. Lots of my neighbors have told me the same. They awoke a bear for sure.'”

“’The redistricting plan based on ‘equity’ came out of left field and is clearly an idea which came from outside the county. Even the board members who were very much ‘for’ the plan cited how the ‘country was watching’ — which just goes to show they were more interested in their own headlines than the lives of our county’s school children,’ Steil said.”

“’I do think we are a warning to Montgomery County. Our Asian and Indian populations are all a buzz about it,’ she said.”

Fox News recently conducted an interview with the DC reporter who broke the story.

The plot to surveil the Trump campaign went all the way to “the top” of the Obama administration, the president says.