Arnold Schwarzenegger denounced fossil fuels as “evil” during his appearance at the U.N. climate conference in Poland despite having only recently purchased a $265,000 dollar gas-guzzling Bentley Continental.

“I wish that I could be the terminator in real life to be able to travel back in time and stop all fossil fuels when they were discovered,” said the former Governor of California.

He added that humanity would “be much better off” if it had “never started in that direction,” despite the use of fossil fuels being widely credited for having “played an essential part in human history, fostering technical innovation, industrial production and the cultural and artistic resources of civilized societies.”

How am I only just finding out about Arnold Schwarzenegger saying he'd go back in time as the Terminator to stop the discovery of fossil fuels. Jesus wept. pic.twitter.com/MhF925TJzI

However, Schwarzenegger appears to have no problem contributing to this “evil” in his own private life.

Less than a month ago it was reported that the actor had dropped $265,000 on a brand new Bentley Continental GT Speed. He was pictured taking the car, which is capable of 0-60 mph in just 4.1 seconds, for a spin around LA while chewing on an unlit cigar.

For those who don’t know; The Bentley Continental is not an electric or a hybrid, it’s a gas guzzling luxury vehicle that pumps out CO2 emissions like there’s no tomorrow.

According to Forbes, the gas consumption of this car comes in at a planet choking average of 15 miles per U.S. gallon “if you’re lucky”.

Says he would go back in time as the Terminator to stop the discovery of fossil fuels.

Shut up, you absolute clown. pic.twitter.com/IUwrrH0lxb

Schwarzenegger is not the only climate change alarmist to have been exposed as a total hypocrite this week.

Following an election tweet by Bernie Sanders in which he urged Americans to vote for Democrats because “climate change is the single greatest threat facing our planet,” it emerged that the Sanders campaign had paid almost $300,000 dollars on private jet use for the senator’s 9-day, 9-state tour to support Democratic candidates.

As in all these cases, the message is clear; Do as I say not as I do. 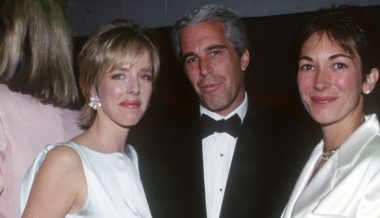