Scientists analyzing kelp off the coast of San Diego confirmed the presence of cesium this week, a radioactive isotope directly linked to the Fukushima Daiichi power plant. 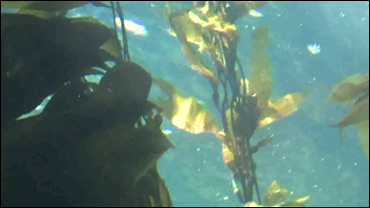 Part of the ongoing “Kelp Watch 2014” project, government and academic institutions have begun receiving results from samples of Bull Kelp and Giant Kelp collected along the California coast. Despite attempts by the media to downplay the ongoing disaster, the discovery has only confirmed the continued build up of radiation in West Coast waters.

“We’re trying to figure out how much is there and how much is getting into the ecosystem,” said Dr. Matthew Edwards, a professor from San Diego State University. “Things are linked a little more closely than sometimes we’d like to think. Just because it is on the other side of the world doesn’t mean that it doesn’t effect us.”

The discovery coincides with statements made by researchers at the Institute for Cross-Disciplinary Physics and Complex Systems in Spain, who predicted the early 2014 arrival of Fukushima radiation along the North American West Coast.

Although scientists claim the levels of cesium are safe, the public’s distrust has only grown given the government’s continued denial of other issues related to radiation.

Currently, more than 70 U.S. sailors involved in the USS Ronald Reagan’s 2011 Fukushima rescue efforts have been stricken with ailments such as brain tumors, thyroid cancer and leukemia. Despite the clear connection to Fukushima, the federal government has continued to deny any link.

Following the recent discovery of radiation levels over 1,400% above normal on a California beach, thought to be from naturally occurring thorium in the sand, government officials rushed to call the levels completely safe. Independent experts quickly refuted the claim, even warning that children playing in the sand were at risk.

Given radiation’s ability to bio-accumulate in sea life, many fear that the massive animal die-off along the west coast is related to the continued consumption of radioactive isotopes. Sea stars and sardines have been especially effected, with other strange anomalies such as the discovery of “never before seen” conjoined gray whale calves off the coast of Northern Mexico, sparking increased worry as well.

While the government attempts to reassure the public that there is absolutely no risk whatsoever, tens of millions of doses of Potassium Iodide have been quietly purchased by the Department of Health and Human Services as well as the Pentagon.

With experts predicting a 40 plus year cleanup at Fukushima, the likelihood of increased cesium in the Pacific Ocean seems inevitable.