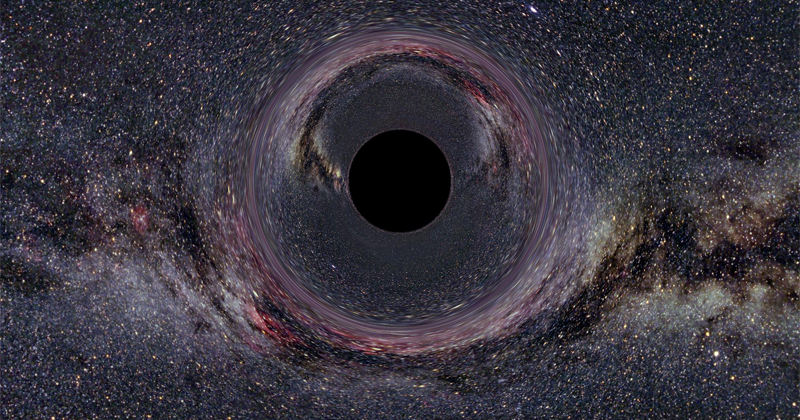 Scientists at Harvard University have developed a new method to hunt down black holes beyond our galaxy which may finally figure out what is going on with the oft-theorized but never-witnessed ‘Planet Nine.’

The method will make use of the upcoming Legacy Survey of Space and Time (LSST) mission, which is expected to begin operations in mid-2022. Using a tennis-court-sized mirror and a 3,200-megapixel camera, the researchers will seek out accretion flares, which shoot out of disrupted comets as they are stretched apart by black holes.

Space rocks pulled in by the incredible gravitational force of a black hole melt long before they reach the event horizon, owing to the heat emitted by background accretion – that is, the stretching out – of gas and other material on its doorstep. On melting, these small bodies, such as asteroids, comets and whatever other material was unfortunate to stray too close to the black hole, emit radiation bright enough to be visible against the absolute darkness – or so the boffins hope.

“Because black holes are intrinsically dark, the radiation that matter emits on its way to the mouth of the black hole is our only way to illuminate this dark environment,” explained, one of the leading scientists, Dr Avi Loeb.

Using this method, Loeb claims we can finally detect, or rule out, the planet-mass black holes on the edge of the Oort cloud, thus solving the long-standing mystery of the so-called ‘Planet Nine.’

Theories about Planet Nine range from it being an undetected or ‘missing’ planet, banished from our solar system, to it being a primordial black hole, formed soon after the Big Bang, creating disturbances on the edge of our galactic yard.

“Planet Nine is a compelling explanation for the observed clustering of some objects beyond the orbit of Neptune. If the existence of Planet Nine is confirmed through a direct electromagnetic search, it will be the first detection of a new planet in the solar system in two centuries, not counting Pluto,” said Amir Siraj, a Harvard astrophysics undergrad involved in the latest research.

“One of the ideas put forth was the possibility that Planet Nine could be a grapefruit-sized black hole with a mass of five to 10 times that of the Earth.”

The LSST mission will have instruments that are expected to be sensitive enough to detect radiation from beyond the Oort cloud – roughly 100,000 times the distance between the Earth and the Sun. It will reportedly boast a field of view that covers the whole sky, collecting a whopping 10 terabytes of data per night, once fully operational.