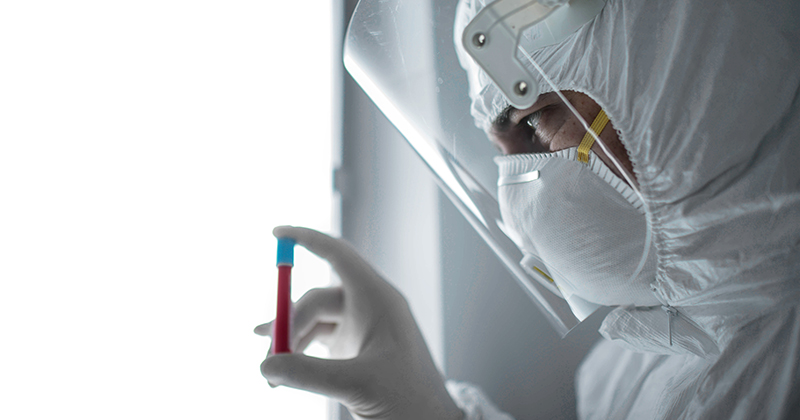 Over the past several months, there has been a tremendous amount of debate about almost every aspect of the COVID-19 pandemic.

But the one thing that everyone could pretty much agree on is that eventually this pandemic would end.

Virtually all of us assumed that one way or another eventually most of the population would develop COVID-19 antibodies and that once we got to that point the pandemic would fizzle out.

Unfortunately, it appears that was not a safe assumption to make.

Yes, those that have had COVID-19 do develop antibodies.

But two new scientific studies have discovered that those antibodies start to fade very, very quickly.

For example, a study that was recently conducted in China found that more than 90 percent of COVID-19 patients experience steep declines in COVID-19 antibodies “within 2 to 3 months”…

A new study from China showed that antibodies faded quickly in both asymptomatic and symptomatic COVID-19 patients during convalescence, raising questions about whether the illness leads to any lasting immunity to the virus afterward.

The study, which focused on 37 asymptomatic and 37 symptomatic patients, showed that more than 90% of both groups showed steep declines in levels of SARS-COV-2–specific immunoglobulin G (IgG) antibodies within 2 to 3 months after onset of infection, according to a report published yesterday in Nature Medicine. Further, 40% of the asymptomatic group tested negative for IgG antibodies 8 weeks after they were released from isolation.

A large study from Spain showed that antibodies can disappear weeks after people have tested positive, causing some to question how possible it will be to attain herd immunity.

A study published in medical journal Lancet showed 14% of people who tested positive for antibodies no longer had antibodies weeks later.

Needless to say, this is absolutely devastating news, and it has very serious implications for vaccine development…

Such findings have implications for vaccine development, since the efficacy of a vaccine hinges on the idea that a dose of weakened or dead virus can prompt your body to generate antibodies that protect you from future infection. If those antibodies are fleeting, a vaccine’s protection would be fleeting too.

If antibodies can fade in some patients within weeks, and if just about everyone loses them after a few months, that would render any vaccine almost completely useless.

And if these findings are confirmed, we can pretty much forget about ever achieving “herd immunity”.

Instead, we are potentially facing a future in which COVID-19 will be with us permanently, and people will need to understand that there is a possibility that they will be able to get infected repeatedly.

Sadly, there is evidence that this is already starting to happen for some patients.  In a recent article for Vox, a doctor in Washington D.C. named D. Clay Ackerly shared that one of his patients got infected with COVID-19 again three months after being infected the first time…

“Wait. I can catch Covid twice?” my 50-year-old patient asked in disbelief. It was the beginning of July, and he had just tested positive for SARS-CoV-2, the virus that causes Covid-19, for a second time — three months after a previous infection.

And in that same article, Dr. Ackerly explained that other doctors are starting to see similar cases….

Recent reports and conversations with physician colleagues suggest my patient is not alone. Two patients in New Jersey, for instance, appear to have contracted Covid-19 a second time almost two months after fully recovering from their first infection. Daniel Griffin, a physician and researcher at Columbia in New York, recently described a case of presumed reinfection on the This Week in Virology podcast.

If you stop and really think about what all of this means, it will chill you to the core.

It means that COVID-19 is never going away.

And every time you get it, the more severe it is likely to be.  Each time it will do even more permanent damage to your system until it finally finishes you off.

I seriously wish that what I was telling you was not true.  I do not want to have to worry about a potentially deadly virus every time I leave my house.

But sticking our heads in the sand and pretending that everything is going to be okay somehow is not going to do us any good.

In fact, denial can kill you.

A 37-year-old Ohio man named Richard Rose originally thought that all of the fuss about COVID-19 was just “hype”, and he angrily insisted that he would never buy a mask.  The following is what he posted on Facebook on April 28th…

Sadly, he eventually got infected, and COVID-19 killed him on July 3rd…

Richard Rose, a 37-year-old man from Port Clinton, Ohio, recently died from coronavirus after slamming “hype” about the pandemic on Facebook.

If the virus can take him down, it could potentially take just about anyone down.

So please take this pandemic seriously.

Over the past week, we have seen daily numbers soar to levels that we have never seen before, and some experts believe that the numbers will continue to go higher as we approach the end of the year.

And as I just discussed above, if those that have had the virus quickly lose immunity, there will be nothing to stop this virus from sweeping across the globe year after year.

Needless to say, a lot more scientific studies need to be conducted, and hopefully those additional studies will show that the studies that were done in China and Spain were completely wrong.

But at this point the outlook for fighting this virus is exceedingly bleak, and scientists assure us that it is just a matter of time before a pandemic that is even worse comes along.