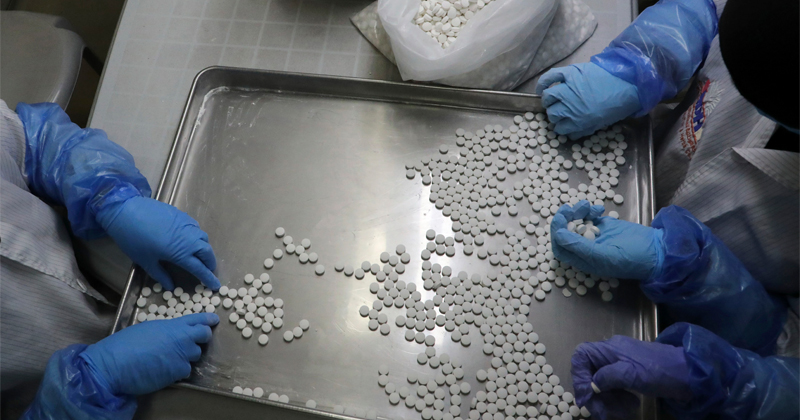 Researchers from Sechenov University in collaboration with colleagues from Germany, Greece and Russia reviewed scientific articles on the role of zinc in the prevention and treatment of viral infections and pneumonia, with projections on those caused by SARS-CoV-2.

The results were published in the International Journal of Molecular Medicine.

Zinc is necessary for normal metabolism and functioning of the reproductive, cardiovascular and nervous systems, but it is also important for the immune system, in particular for the proliferation and maturation of white blood cells (some of them are able to capture and digest microorganisms, and others – to produce antibodies). In addition, zinc is involved in the regulation of inflammation. Thus, normal levels of zinc support human resistance to inflammatory and infectious diseases.

‘According to the current estimates, the risk of zinc deficiency is observed in more than 1.5 billion people in the world. In Russia, deficiency of this element occurs in 20-40% of the population; in some regions it reaches 60%. Given the crucial role of zinc in regulation of immunity, one can propose that its insufficiency may be considered as a risk factor for infectious diseases,’ said the research leader, head of the Laboratory of Molecular Dietetics at Sechenov University, Professor Anatoly Skalny.

The scientists reviewed the results of studies on the use of zinc-containing drugs for increasing immunity and preventing viral infections, including SARS-CoV-2 that caused COVID-19 outbreak this year. Previous studies showed that zinc and its binding substances can slow down the work of RNA polymerase (an enzyme that synthesises viral RNA molecules) of coronaviruses and suppress their spread in the body. One of the substances that stimulate the cellular zinc uptake, chloroquine, has already been tested on patients with SARS-CoV-2, but its strong side effects make it necessary to look for other compounds with a similar effect or use zinc separately. However, both options have not been sufficiently studied or tested yet.

Observations of the development of other viruses, such as rhinoviruses (this family includes pathogens of acute respiratory diseases), show that an increase in the level of zinc in cells suppresses replication (reproduction) of the virus and stimulates production of interferon alpha, which has an antiviral activity.

In addition, zinc deficiency is considered as one of the risk factors for the development of pneumonia: it increases the susceptibility to infectious agents and the disease duration. Several studies show the effectiveness of zinc-containing drugs in decreasing severity and duration of symptoms and reducing the prevalence of pneumonia. However, in general, data on the use of zinc as a therapy, rather than prevention, are contradictory.

‘A recent study conducted by scientists from the USA confirmed our assumptions, demonstrating the effect of zinc intake on the risk of a severe course and the need for artificial ventilation in patients with COVID-19,’ said Alexey Tinkov, coauthor of the article, a leading researcher at the Laboratory of Molecular Dietetics at Sechenov University.

Therefore, according to current research, adequate zinc status can bring down the likelihood of infectious respiratory diseases, pneumonia and its complications. There are also indirect indications that zinc intake may be effective in the fight against coronavirus disease (COVID-19), but there is still insufficient data for recommendations.