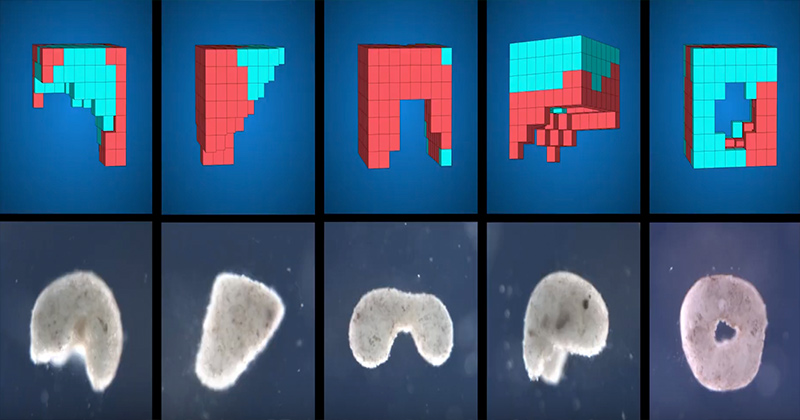 Computer scientists and robotics experts at the University of Vermont (UVM) programmed a supercomputer to create new lifeforms called “xenobots,” which they hope to use for medical and environmental purposes.

These millimeter-wide robots can “move toward a target, perhaps pick up a payload (like a medicine that needs to be carried to a specific place inside a patient)—and heal themselves after being cut,” according to the university.

Co-leader of the research team, Joshua Bongard, said the “living machines” are “neither a traditional robot nor a known species of animal. It’s a new class of artifact: a living, programmable organism.”

While the bots were created on a UVM supercomputer, biologists at Tufts University assembled and tested the organisms.

Director of the Center for Regenerative and Developmental Biology at Tufts, Michael Levin, said, “We can imagine many useful applications of these living robots that other machines can’t do, like searching out nasty compounds or radioactive contamination, gathering microplastic in the oceans, traveling in arteries to scrape out plaque.”

Researchers on the team say this is the first instance of a completely biological machine being designed by humans.

The UVM supercomputer first created thousands of designs for hypothetical new lifeforms that scientists could then use in real life.

A microsurgeon and other researchers incubated stem cells from the embryos of African frogs and cut them to mimic the designs created by the computer.

Then, as forecast by the computer, the cells worked together and the robots became independently mobile.

Additionally, these robots can regenerate, repair themselves when damaged and are biodegradable when they die.

This discovery has scientists optimistic about creating more complex versions of the robots that could eventually perform a plethora of tasks.