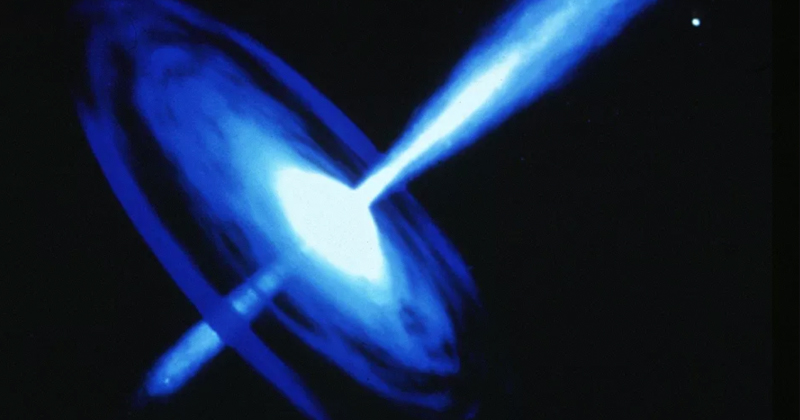 The new study points to a particular part of the gigantic celestial bodies, that sit at the cores of active galaxies, as the likely source of the particles in question.

Researchers at Pennsylvania State University have apparently managed to discover the likely origin of high-energy cosmic neutrinos that were observed by the IceCube Neutrino Observatory in Antarctica, phys.org reports.

According to the media outlet, the new model produced by scientists suggests that the coronas of supermassive black holes located at the cores of active galaxies might be where these particles come from.

As Kohta Murase, study lead and assistant professor of physics and of astronomy and astrophysics at Penn State, explained, neutrinos are “subatomic particles so tiny that their mass is nearly zero and they rarely interact with other matter”.

“High-energy cosmic neutrinos are created by energetic cosmic-ray accelerators in the universe, which may be extreme astrophysical objects such as black holes and neutron stars. They must be accompanied by gamma rays or electromagnetic waves at lower energies, and even sometimes gravitational waves”, Murase said. “So, we expect the levels of these various `cosmic messengers’ that we observe to be related”.

The scientist pointed out that they already know that “the sources of high-energy neutrinos must also create gamma rays”, thus the question they were presented with was “Where are these missing gamma rays?”

“The sources are somehow hidden from our view in high-energy gamma rays, and the energy budget of neutrinos released into the universe is surprisingly large. The best candidates for this type of source have dense environments, where gamma rays would be blocked by their interactions with radiation and matter but neutrinos can readily escape”, Murase noted. “Our new model shows that supermassive black hole systems are promising sites and the model can explain the neutrinos below 100 TeV with modest energetics requirements.”