Governments should sack plans to auction off old television frequencies to the highest bidder and instead use the bandwidth for free super-frequency WiFi if they want to boost the economy, scientists have said.

Old television frequencies are becoming available for other uses around the world, thanks to a switch from analogue to digital transmission.

However, while governments are for the most part auctioning these off to whoever is prepared to pay the most – usually mobile phone networks – they should instead be using the frequencies to create free-to-use, wide-range WiFi, scientists from the Karlsruhe Institute of Technology (KIT) in Germany have said.

This new “super WiFi” would have a far wider range than existing WiFi networks, which are mostly transmitted over wireless local area networks (WLAN) at frequencies of 2GHz or above.

WiFi transmitted over old TV frequencies could be transmitted at lower frequencies than traditional WiFi, resulting in a far wider area covered. This super WiFi’s coverage area could even be as big as several kilometres in radius, a massive improvement on existing networks.
This would mean that pricey mobile services such as 4G were no longer required, which the scientists believe would lead to more mobile internet use, and a wealth of economic benefits.

“Implementation of our approach would have far-reaching consequences,” said Arnd Weber of the Institute for Technology Assessment and Systems Analysis (ITAS) at KIT.

“Individuals, institutions and companies would be far less dependent on expensive mobile communications networks in conducting their digital communication. This would also be of great economic benefit.”

In addition to providing direct, measurable cost savings, the technology could, according to the researchers, result in the development of a host of new technologies just as existing WiFi has.

It could also provide direct benefits during disaster scenarios, as a means of providing updates and enabling communication.
However, the big challenge here is convincing governments that this is the right move.

Many have argued they these frequencies are common property and therefore should be made available to the public free of charge, a view that has been opposition from a number of people, including the late Nobel Prize winning economist Ronald Coase.

Coase argued that the frequencies should be auctioned off to ensure they are most effectively used, and the money used by governments to fund other services.

Others have also argued that congestion would make these lower frequency networks unworkable, however Weber and his colleague Jens Elsner argue that it is possible to avoid such congestion with the right technological approach. 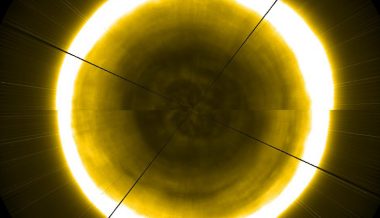