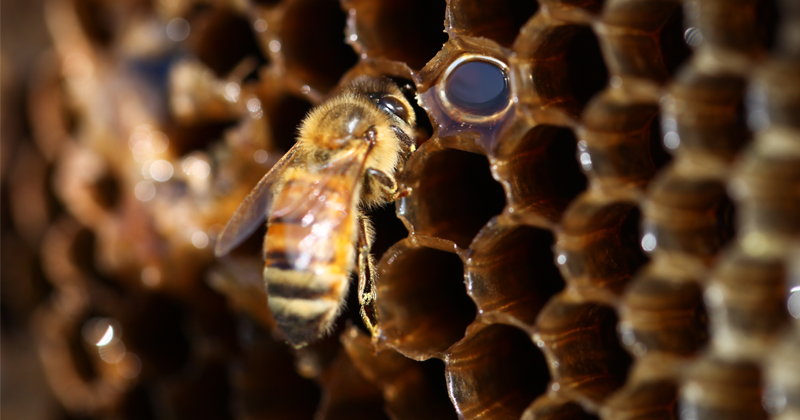 In a development that could save the US economy tens of billions of dollars, researchers have developed a technique to immunize honey bees against two major pathogens using bioengineered bacteria.

Last winter, US beekeepers lost 40 percent of their honey bees; it was the highest mortality rate since national surveying began 13 years ago. Honey bees contribute approximately $20 billion-worth of value to US crop production, so safeguarding them is huge from both an economic and conservation standpoint.

Like many of the best solutions, the method discovered by the scientists from the University of Texas at Austin is actually rather simple. The team developed a bioengineered strain of bacteria which is fatal to two major pathogens responsible for colony collapse in bees.

They then simply added the bacteria to a sugar-water solution and waited for the bees to ingest it while grooming each other.

Jon Rappoport joins The Alex Jones Show to break down how the Coronavirus pandemic could be used to implement a world government.

The engineered bacteria acts like a biological factory in the bees’ guts and pumps out medicines which protect the bees from both Varroa mites and deformed wing virus.

The bacteria are easy to grow which the researchers believe will make their treatment easy to scale. Crucially the research says there is essentially no risk of them spreading to other insects given how targeted the genetic makeup of the bacteria is to survive only in bees.

“This is the first time anyone has improved the health of bees by genetically engineering their microbiome,” explained the study’s first author Sean Leonard.

Varroa mites and deformed wing virus present a dual threat to bee populations and typically weaken bee colonies to the point where they become extremely vulnerable to other pathogens in the environment.

Crops like almonds, berries and even vegetables like broccoli all depend on bees, without which they would drastically reduce in yield or simply die off entirely. The researchers hope to continue their work studying the bee genome in order to create more robust colonies and stave off mass extinction among the world’s honey bee population.

Wuhan, China, was the testbed for full 5G implementation. Share this bombshell report.