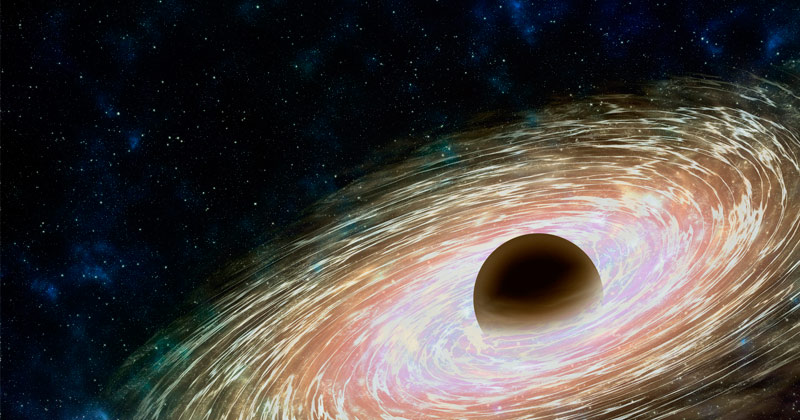 Researchers investigating how supermassive black holes (SMBH) form have made a major breakthrough using some state of the art kit to zoom in on a nearby galaxy like never before.

The scientific community has long puzzled over how SMBHs form. Are they titans forged at the birth of the universe, with masses millions, if not billions, of times that of our Sun? Or are they merely mature versions of smaller ‘seed’ black holes that have grown so large by consuming everything around them?

To answer this very question, astronomers and astrophysicists have been hunting for the smallest mass SMBH they can find. One research team led by Cardiff University scientists thinks it’s pretty close, having employed a cutting-edge technique that allowed them to zoom in on their target SMBH.

“The SMBH in Mirach’s Ghost appears to have a mass within the range predicted by ‘direct collapse’ models,” said Dr. Tim Davis from Cardiff University’s School of Physics and Astronomy. In other words, the SMBHs are titans from the early universe.

“Mirach’s Ghost” is actually a nearby galaxy, so called on account of its proximity to the star Mirach, whose light gives the galaxy an ethereal glow. One of the lowest-mass SMBHs yet discovered, it is located in the heart of a nearby galaxy and has a mass just shy of one million times that of our own star.

Describing the SMBH as “currently active and swallowing gas,” Davis says that while this isn’t a definitive answer one way or the other, it does strongly suggest that SMBHs formed in the early universe and did not grow from smaller black holes.

The current prevailing theory is that there is an SMBH at the heart of nearly all large galaxies in the universe, including our own Milky Way.

Using the Atacama Large Millimeter/submillimeter Array (ALMA) in Chile, along with these cutting edge zoom techniques, which can reveal details only 1.5 light years across in distant galaxies, scientists are gaining a much more detailed picture of the universe around us and how it formed.