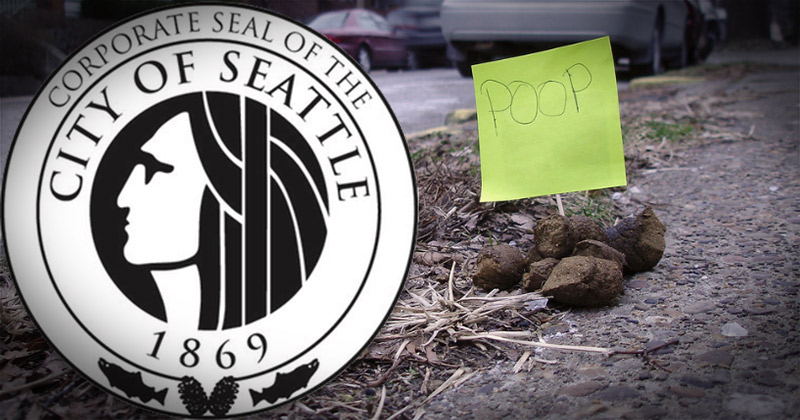 Seattle, Washington, one of the most liberal cities in America, is having trouble deciding how to get human feces removed from their sidewalks thanks to a Democrat city councilman who claims pressure washers are racist.

King County Superior Court judges Laura Inveen and Jim Rogers recently asked the county to clean and patrol the area outside a local courthouse, but they’re being stonewalled by Seattle councilmember Larry Gossett.

“Inveen told the committee about two incidents, one in late May and one in June, in which jurors were attacked in separate incidents outside the courthouse’s Third Avenue entrance. On other occasions, Inveen said, employees have been spat upon, slammed against a wall or punched.

Although cleaning and patrolling the area immediately surrounding the courthouse would not address some of the deep-seated issues faced by denizens of the space, it would send a signal that somebody was paying attention, she said.

She and Rogers asked the county to take immediate steps to clean up the courthouse with a daily power-wash of the surrounding sidewalks, which reek of urine and excrement.”

However, Gossett pushed back against the idea of power-washing the sidewalks, saying it brought back images hoses being used against civil-rights activists.

Author Roosh V commented on the councilman’s insinuation of racism on Twitter:

Seattle is unable to figure out how to remove feces from the sidewalk near a courthouse, or agree that it's even a problem. One councilman implies that using a hose to clean the excrement is racist, since hoses were used against black people in the past. https://t.co/JAl3BVr3Y2 pic.twitter.com/EWZPacSZME

Watch Alex Jones sit down with Roosh V in the following video: