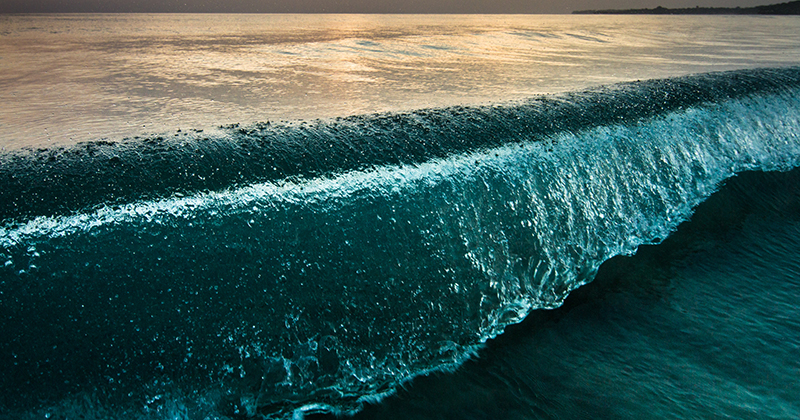 A giant tsunami along the west coast has been very heavy on my heart for the last 24 hours, and then when I saw a new Fox News article about a simulation that was just run by officials in Washington state I knew that I had to write an article.

Experts at the Washington Department of Natural Resources decided to simulate what would happen if a magnitude 9.0 earthquake struck along the Cascadia Subduction Zone, and what they discovered is really, really bad.

Such a seismic event would produce an absolutely massive tsunami, and the Fox News article says that waves “could reach Seattle in 2 hours and 20 minutes after an earthquake”.

And this is not just a hypothetical scenario that may or may not happen.

American history is being rewritten by a senile career politician who skews the facts at every turn to reassure himself of his own delusional Presidential campaign. Whether its the reimagining of covid-19 numbers or creating minority friendly disinformation about the invention of the light bulb. Joe Biden has been stretching the truth throughout his career. And he isn’t even any good at it. Perhaps lying is just what old school politicians do.

Scientists have repeatedly warned us that it is just a matter of time before such a disaster takes place, Steve Quayle has been relentlessly warning about this as well, and I have been encouraging people to move away from the region for years.

If you think that you will just be able to hop into your vehicle and escape the oncoming tsunami, you are just being delusional.  The highways will instantly become crammed with countless others that have the exact same idea, and they will become deathtraps.

Of course if the quake happens in the middle of the night, most people will never have any idea that the tsunami is coming.  From the moment the earthquake happens, it will be just “15 to 20 minutes” before the initial wave starts hitting the outer coast…

The simulations show there are some locations around the state where residents would have very little — if any — time to escape the onslaught of floodwaters because of the speed of the wave.

In the videos, the initial wave could hit the state’s outer coast in 15 to 20 minutes after the ground starts shaking and the quake generates a tsunami.

You can watch a YouTube video of the simulation that was performed right here.  If such an event happened tomorrow, the death and destruction would be unimaginable.

Oregon State University paleoseismologist Chris Goldfinger believes that the Cascadia Subduction Zone could potentially produce an earthquake that is “almost 30 times more energetic” than anything that the San Andreas Fault could produce.  In a worst case scenario, Goldfinger says that a quake along the Cascadia Subduction Zone could create a colossal wall of water up to 100 feet high that would smash everything in front of it…

The tsunami would bring water 20 to 80 – maybe even 100 – feet higher than today’s high tides. Most of the structures that have survived the killer quake but built too low will be smashed into by a devastating wall of water. And the next surge could be even higher, and the one after that higher still.

It won’t just be the water causing destruction, but everything it picks up. Goldfinger described what would happen all around and on the spit of land where CBN News interviewed him in the middle of Newport, Oregon’s Yaquina Bay, a few hundred yards from the Pacific.

“Then suddenly you’ve got a bay full of fishing boats, refrigerators, cars and everything else,” Goldfinger explained. “And it’s like a glacier of debris that’s just kind of sloshing back and forth.”

We all remember watching the tsunami that the Fukushima earthquake in Japan caused.

Well, an event of this nature would be far, far more destructive.  The following is what Steve Quayle once had to say about the amount of damage that we could potentially witness…

“The amount of damage, and I am going to choose my words carefully, is going to be precedent setting. It’s going to be the combination of volcanos going off that are inland from the subduction zone where the plates meet, coupled with tsunamis. . . . When this happens, you will lose eight million to twenty million people. When it happens, you will lose all productivity in the electronic field, obviously Silicon Valley, and all food production in all of California, Oregon and Washington. When it happens, you will have a State of Emergency unlike any other. How about the refugees? There will be 3.5 million refugees to take care of. When this happens, what happens to the underground aquifers, and where does everybody go for fresh water? There will be years of drought, years of famine and years of water, water where did it all go? It is a very dire situation painted by computer models. This is not a sensational thing. It is a reality based, scientific study with the application of what happens.”

Others have issued similar warnings.  In a previous article, I shared what the head of FEMA’s Region X once told the New Yorker…

If the entire zone gives way at once, an event that seismologists call a full-margin rupture, the magnitude will be somewhere between 8.7 and 9.2. That’s the very big one.

…By the time the shaking has ceased and the tsunami has receded, the region will be unrecognizable. Kenneth Murphy, who directs FEMA’s Region X, the division responsible for Oregon, Washington, Idaho, and Alaska, says, “Our operating assumption is that everything west of Interstate 5 will be toast.”

In the Pacific Northwest, everything west of Interstate 5 covers some hundred and forty thousand square miles, including Seattle, Tacoma, Portland, Eugene, Salem (the capital city of Oregon), Olympia (the capital of Washington), and some seven million people.

If you live in that area of the country or you know people that do, please read those paragraphs again.

“Everything west of Interstate 5 will be toast” is a quote that I will never forget.

I have tried to do my best to warn people that this is an event that is going to happen someday, and in my new book I share warnings from many others about a giant tsunami that will strike the west coast.

Of course most people that live on the west coast are not interested in such warnings, and one day time will suddenly run out.

But nobody will be able to say that they weren’t warned.  Experts have been assuring us that such a disaster is in our future for many years, and this new Fox News articleis just the latest example.

Like I said, this is a topic that is very heavy on my heart right now, and so I wrote this article.  My hope is that it will get to everyone that needs to see it.