So desperate are the powers that be to sell their “product,” it matters not whose memory they desecrate

Everyone knows what Martin Luther King, Jr., the renowned equality crusader, stood for. Socialized health care, right? At least, that’s what the federal government would have you believe. 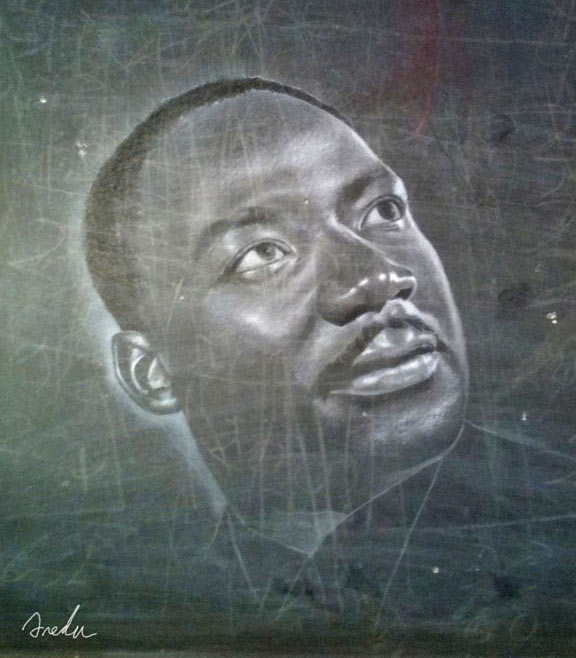 On this the 28th anniversary of arguably the most revered civil rights leader, Health and Human Services Secretary Kathleen Sebelius is disgracefully tarnishing that memory by using it to push the national health care-wealth confiscation initiative.

“As we celebrate the inspirational life of Dr. King, please join us in this historic effort by helping your friends, neighbors, and loved ones get covered through the Marketplace,” Sebelius said in a statement Friday.

“Dr. King memorably described inequality in health care as the ‘most shocking and inhumane’ form of injustice,” Sebelius stated. “These words continue to resonate, as there is nothing more essential to opportunity than good health.”

It’s indeed saddening, though not particularly surprising, to see the administration use today as another opportunity to desperately plug their disastrous new policies.

In fact, the Obama administration’s misrepresentation of historical figures has become somewhat of a running theme. Last August during his speech at the 50th Anniversary of the March on Washington, President Obama also gave the impression that King, as well as many others, would have supported Obamacare.

Redefining MLK’s words to promote Obamacare is also similar to the fallacious tactic Obama used last Friday when he essentially declared Paul Revere, the famed American patriot who warned of the approach of British forces, would have loved the NSA.

But while Dr. King’s statement that “Of all the forms of inequality, injustice in health care is the most shocking and inhumane” is widely misread to mean the iconic figure would clearly be in favor of our current form of national health care, it’s unfair to project such claims.

Dr. King stood, first and foremost, for equality, however the segregation exemplified by “special treatment” waivers and a multitude of exemptions hardly make Obamacare the bastion of equality it’s made out to be.

Secondly, Dr. King stood for freedom. “Freedom is never voluntarily given by the oppressor; it must be demanded by the oppressed,” he once stated. This “freedom” is noticeably absent in our current health care system. In fact, this quote appears to directly negate the form of buy-it-or-else “health care” being foisted on the American people by, what many would deem, the “oppressors.”

“Dr. Martin Luther King, Jr. would very likely not wear a hoodie,” she said on the Andrea Tantaros Radio Show. “I can assure you he would not wear sagging pants.”

Dr. King might also have a thing or two to say about the mismanagement of the federal healthcare marketplace, which we are learning is extremely vulnerable to hackers. “Nothing in this world is more dangerous than sincere ignorance and conscientious stupidity,” King stated.

But so desperate are the powers that be to sell their “new product” and destroy the middle class, that it matters not whose memory they desecrate.