The only truth-teller Friday was Alex Jones, who said the whole thing was a lie. By now all of the responsible parties are congratulating themselves for the seamless passage of the 50th Kennedy Assassination Anniversary event at Dealey Plaza last Friday and especially for the way the massive security apparatus worked. After all, the whole thing went by and we didn’t have a … there was no … we avoided any kind of a …

We avoided what? Remind me again what we were avoiding. We assembled enough marching policemen, paddy wagons and high-tech spyware for a full-scale North Korean succession of power. And we were trying to make sure there wasn’t a what again?

One of the organizers made the brilliant observation early on in this process that there was not enough security at Dealey Plaza 50 years ago (talk about 20/20 hindsight). I believe the expression was something to the effect that we would not want to allow tragedy to strike again.

Let me tell you two things about the security Friday. It was piss-poor. And it was never intended to prevent a security or terror event anyway.

If it was anti-terrorism security, then why was I able to get myself into the pre-party at the Meyerson Symphony Center without going through a metal detector and without any press credentials? Had I stayed, then presumably I would have been provided a bus ride with the other hoity-toities, replete with police VIP escort and screaming sirens all the way to Dealey Plaza — Wouldn’t that have been special? — where eventually I would have been asked to pass through a scanner of some sort before entering the plaza. But because they had warned me of that step beforehand, I think I might have blown up my bus full of toities on the way, had I been so inclined.

And no big problem, apparently, had I made it to Dealey Plaza and not felt like going through the scanner. Conspiracy author Jim Marrs made it right down into the center of Dealey Plaza by using the old wandering trick — just waaandering on out there. Eventually somebody did come up and ask to see his arm band, to which he said something like, “Oh, I forgot it,” and, then sure, he had to leave. But he could have taken out half the rich people in the city by then.

This was not security. It was message management. The most elaborate precautions, like the four-story tall banner hanging from a crane hiding all of Main Street from the plaza, were designed to force visiting media to look at, hear and film only the official choreographed message. By now you know what that was: Dallas is sorry, Dallas has changed, Dallas has repainted Dealey Plaza, Dallas promises it won’t happen again.

I don’t have any particular quarrel with that message. Fine. It’s bulls***, because nobody asked. The event doesn’t really belong to Dallas in the way the event seemed to claim. But if Dallas wants to buy ownership of the Kennedy assassination with its purse full of obsequious regrets, then great, go for it. It’s a free country.

What was absolutely wrong, lugubrious and obscene was the elaborate effort to prevent anyone from saying or hearing anything that departed from the official program. In that sense, the hero of the day was Austin radio show host Alex “InfoWars” Jones and his doughty band of 150-or-so followers who marched to the barricades shouting “No more lies.” Theirs was the only truth of the day.

Here is what I think is a simple proposition philosophically: If all truth is hidden behind a banner of lies, then all conspiracy theories are true. We should all be d***ed glad Alex Jones and the soldiers of InfoWars believe in conspiracy, preach conspiracy and are willing to march on the barricades of conspiracy. Who is crazy, Alex Jones on the street behind the banner shouting “no more lies” or the people in the stands staring at the banner believing it is the edge of the world and afraid of falling off?

This article originally appeared at the Dallas Observer.

Editor’s Note: We are reposting this for historical sake. 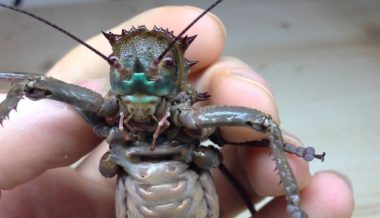