Comedian and political commentator Steven Crowder has been suspended by Twitter, along with his producer and an intern.

Crowder used a surrogate to troll a South by Southwest gender non-conformity meetup, after the festival banned him from attending due to crashing Cenk Uygur’s event last year.

The surrogate, one of Crowder’s interns, dressed like a robot named SvenComputer and attended a gender fluid panel, telling participants he identifies as a computer.

With Crowder delivering instructions via earpiece, SvenComputer mocked the liberals attending the event, saying, “My condition is not imaginative, I’m totally for real,” and was eventually kicked out by security. 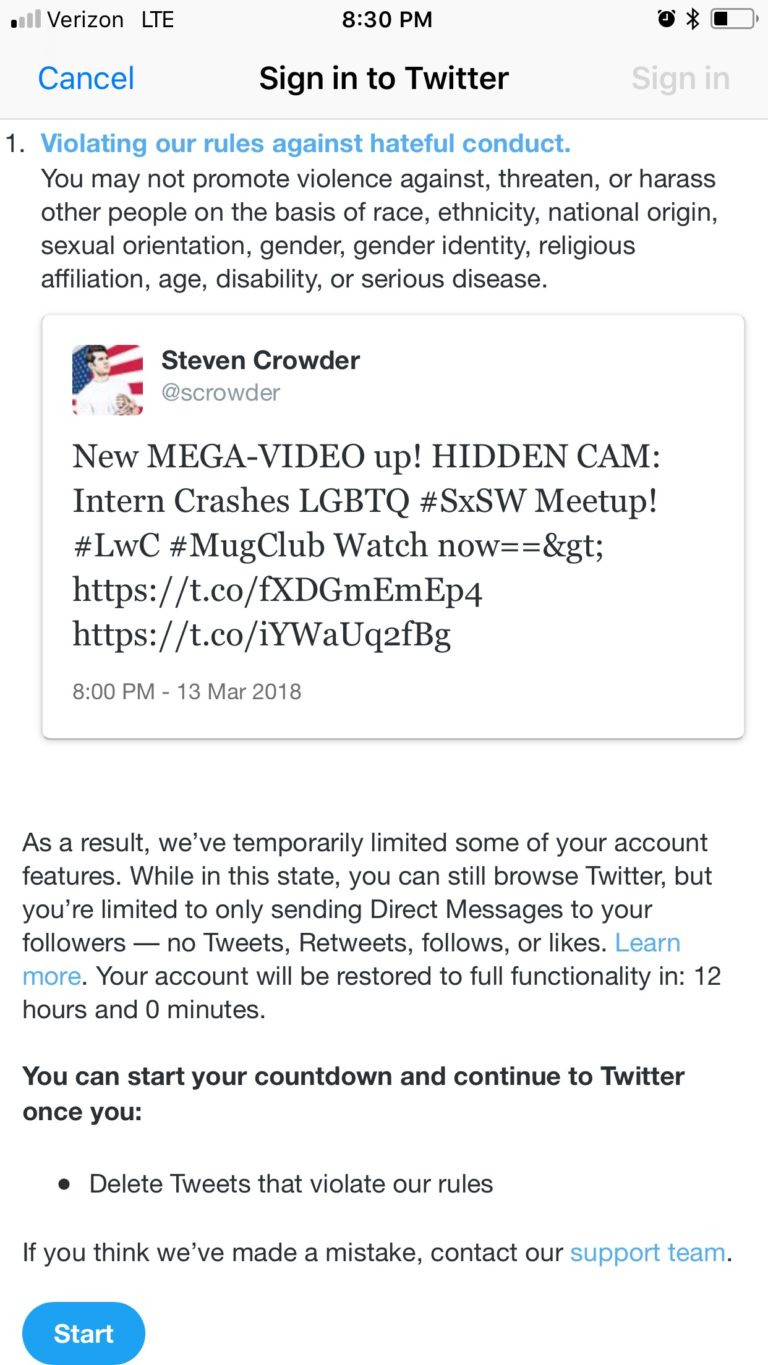 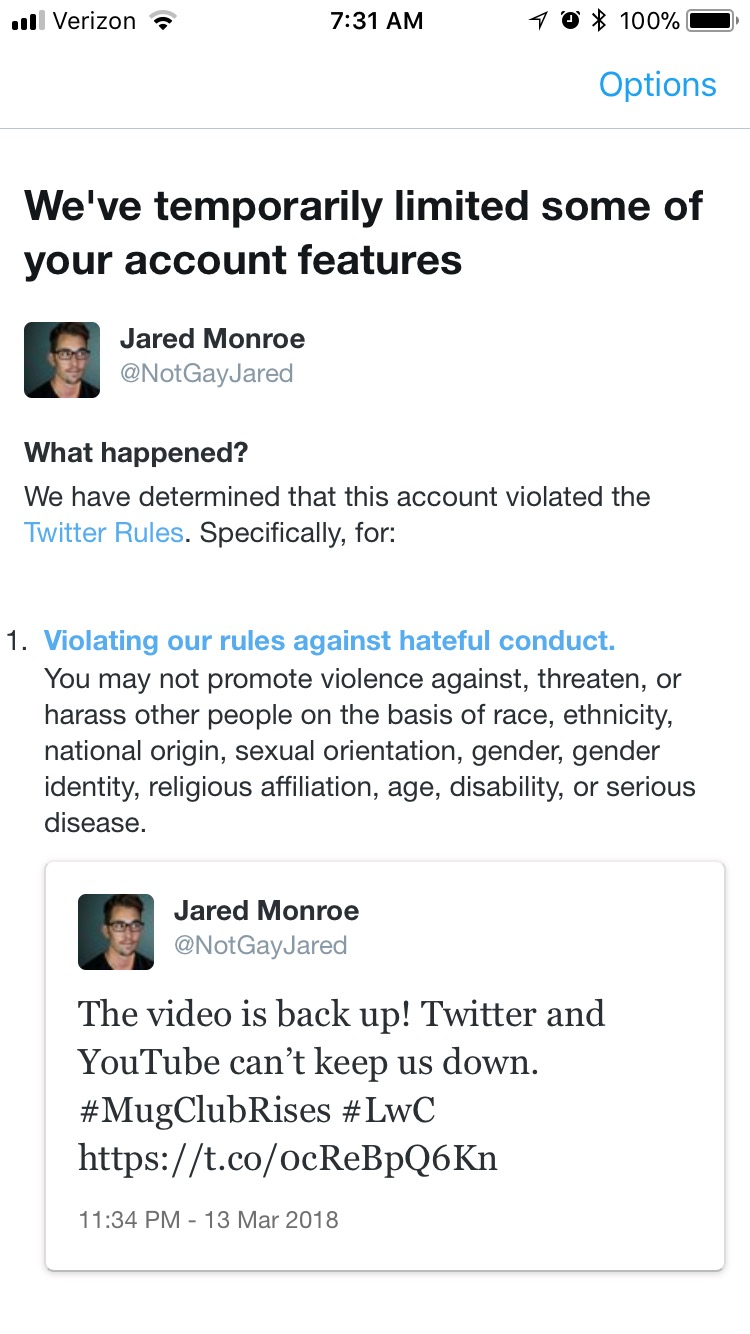 Discussing the censorship, Crowder said, “taking Twitter at their word on the time-out limit, we scheduled video promotional tweets, using the new and improved, not-as-triggering, bleeps-added video via a third-party platform,” which caused his suspension to be extended to seven days.

SvenComputer, the intern featured in the video, also had his account suspended. 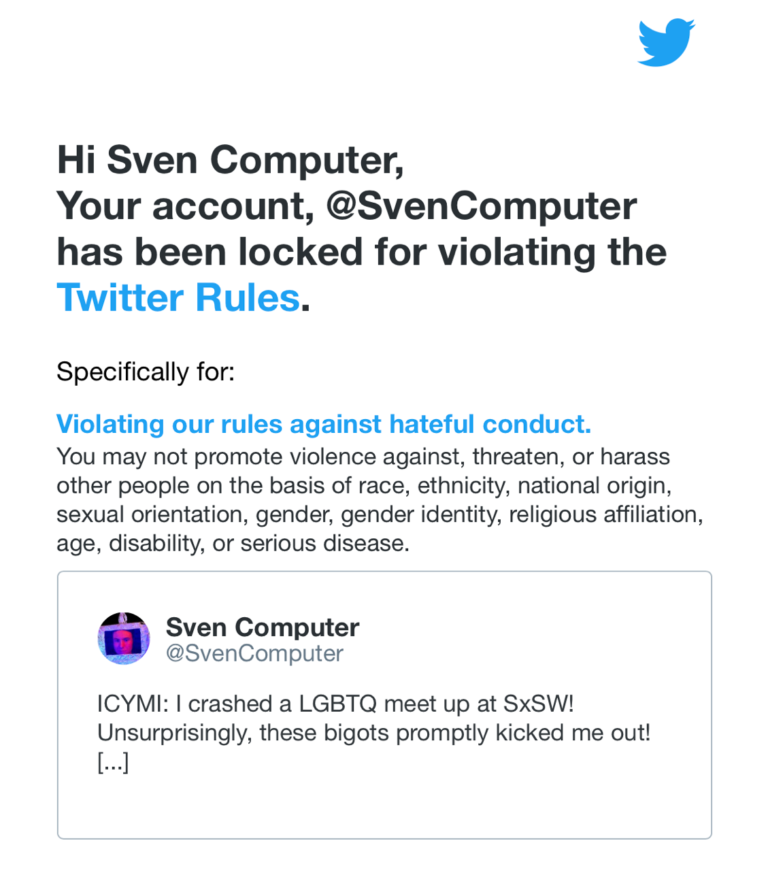 The fact that Twitter pulled down the edited video proves they were offended – not by the word “f**got,” but the concept of the video itself.