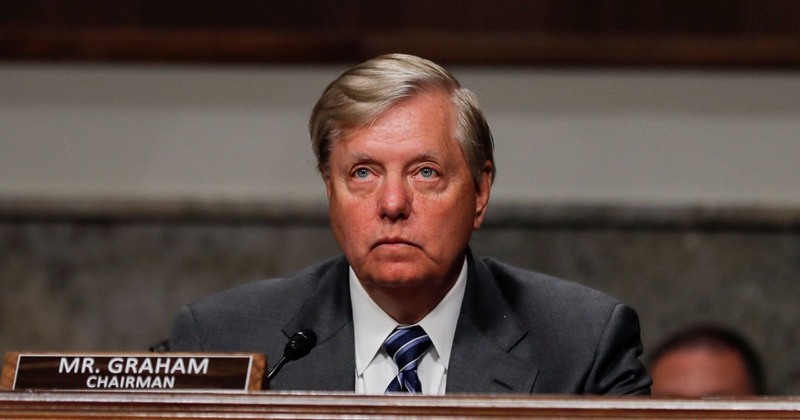 Sen. Lindsey Graham (R-SC) announced an “in-depth” probe into abuses by the Obama-era Justice Department after a list of names associated with the unmasking of Gen. Michael Flynn was made public.

On Thursday, Graham said in a statement he planned to launch a three-phase investigation looking into the Flynn case, abuses of the FISA court and the legitimacy of the FBI’s Russia probe.

“The Judiciary Committee will begin holding multiple, in-depth congressional hearings regarding all things related to Crossfire Hurricane starting in early June,” Graham said, referring to the FBI’s code name for the Russia investigation.

“Our first phase will deal with the government’s decision to dismiss the Flynn case as well as an in-depth analysis of the unmasking requests made by Obama Administration officials against General Flynn.  We must determine if these requests were legitimate,” Graham’s said, according to TownHall.com.

“Our next area of inquiry, later this summer, will be oversight building upon the Horowitz report about FISA abuses against Carter Page. My goal is to find out why and how the system got so off the rails.”

Graham continued: “Finally, we will look at whether Robert Mueller should have ever been appointed as Special Counsel. Was there legitimate reason to conclude the Trump campaign had colluded with the Russians?” he continued.

While President Trump on Thursday morning urged Graham, who chairs the Senate Judiciary Committee, to call his predecessor President Obama to testify, the senator said the former president might be protected by executive privilege.

If I were a Senator or Congressman, the first person I would call to testify about the biggest political crime and scandal in the history of the USA, by FAR, is former President Obama. He knew EVERYTHING. Do it @LindseyGrahamSC, just do it. No more Mr. Nice Guy. No more talk!

“I am greatly concerned about the precedent that would be set by calling a former president for oversight. No president is above the law.  However, the presidency has executive privilege claims against other branches of government,” Graham said. “To say we are living in unusual times is an understatement.”

“As to the Judiciary Committee, both presidents are welcome to come before the committee and share their concerns about each other. If nothing else it would make for great television. However, I have great doubts about whether it would be wise for the country.”

“I think it would be a bad precedent to compel a former president to come before the Congress, that would open up a can of worms. For a variety of reasons, I don't think that's a good idea."pic.twitter.com/fQJzZyFVoK

“I think it’d be a bad precedent to compel a former president to come before the Congress,” he later told reporters.

“That would open up a can of worms and for a variety of reasons I don’t think that’s a good idea.”

Another activist judge is taking unprecedented steps to take down an American patriot.