The top Democrat on the Senate Judiciary committee has asked Twitter for documents that include the direct-messaging history of WikiLeaks and its founder Julian Assange, days after the probe into “Russian meddling” in the 2016 elections fractured along party lines.

“We made the decision to go and carry it out ourselves,” Senator Dianne Feinstein (D-California) told Mother Jones Tuesday, referring to the committee’s Democrats pursuing the Russia probe. She added that the Republicans “can go ahead and do whatever it is they wanted to do.”

Feinstein wrote to the Twitter CEO asking for documents related to “all ads and organic content posted by Russia-connected users and targeted to any part of the United States, regardless of whether the individual or entity violated any Twitter policy.”

Feinstein also listed 14 other categories of information in her request to Twitter CEO Jack Dorsey in the letter dated October 27.

The ranking Democrat on the US Senate Judiciary Committee is seeking information “not routinely shared with Congress,” the letter read. Her disptach also assumes it to be a fact that Russia interfered in the 2016 presidential election, rather than an allegation.

The letter further demands all documents forwarded by Twitter to other congressional committees concerning “Russia-linked accounts, misinformation networks, or malicious ‘bots’” that spread “misinformation” during the 2016 presidential election campaign.

Feinstein also wants Twitter to show how it identified the Russian-linked accounts for which it had previously produced ads or posts.

She is also calling for the release of all content from direct messages and data showing the sender, receiver, as well as date and time of each message for the following accounts: @wikileaks, @WLTaskForce, @GUCCIFER_2, @JulianAssange_, @JulianAssange, and @granmarga.

Feinstein is further seeking advertisements funded, or placed by RT, and anyone associated with the Internet Research Agency, or Teka as it was known at the time of the election.

The senator’s list includes documents sufficient to identify how and when Twitter became aware of, addressed, or responded to voter suppression tweets. Furthermore, the lawmaker wants IP addresses, the number of shares and the number of interactions per ad and tweet to be turned over.
A subcommittee of the Senate Judiciary Committee is scheduled to hear from Facebook, Google and Twitter executives Tuesday regarding alleged Russian meddling in the 2016 election.

Communications are also being sought in relation to the Tennessee Republican Party, which complained that the @TEN_GOP account deliberately portrayed itself as the official party. That account was subsequently taken down by Twitter.

The subcommittee on crime and terrorism will host a hearing on “ways to combat and reduce the amount of Russian propaganda and extremist content online,” and witnesses will include Facebook General Counsel Colin Stretch, Twitter acting General Counsel Sean Edgett, and Richard Salgado, Google’s director of law enforcement and information security, Reuters reported Friday. 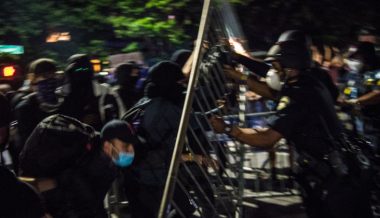