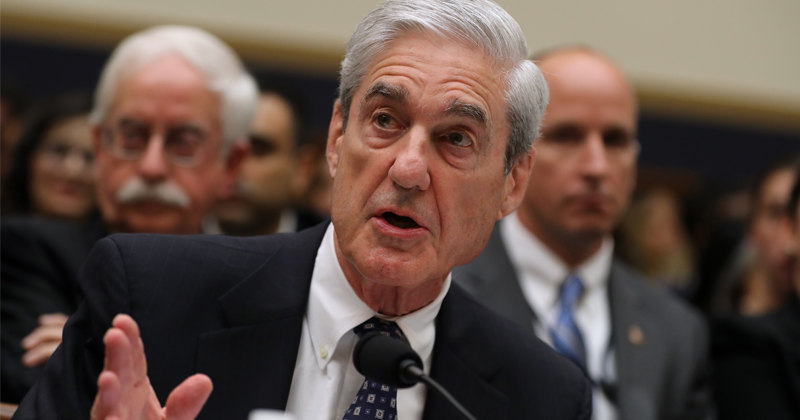 The Republican chair of the Senate Homeland Security Committee has called on the DOJ to investigate why members of Robert Mueller’s Russiagate team wiped data from dozens of cell phones during the Trump-Russia probe.

Senator Ron Johnson (R-Wisconsin) penned a letter to the Justice Department on Friday, asking DOJ Inspector General Michael Horowitz to launch a probe after documents surfaced this week showing that Mueller’s team scrubbed information from up to 31 devices amid the Russiagate investigation.

“These reports are troubling and raise concerns about record retention and transparency,” Johnson wrote.

“Therefore, I respectfully request that your office open an investigation into this matter to determine what, why, and how information was wiped, whether any wrongdoing occurred, and who these devices belonged to.”

Asking the DOJ to respond within a week’s time, Johnson also called on the department to answer a number of specific queries about the phones, including when Justice officials became aware that they had been wiped, and whether data could still be retrieved from the devices.

The 87-page document listing the wiped cell phones was released by the Justice Department on Thursday under a Freedom of Information request, showing the devices were scrubbed after the DOJ inspector general requested to see them – most of them allegedly by accident, whether due to forgotten passcodes, irreparable damage or loss of the device. However, some of the data was erased intentionally, the document shows.

While most of the officials’ names are redacted in the doc, it indicates that the Mueller team “lost” a phone belonging to former FBI lawyer Lisa Page, who alongside agent Peter Strzok was removed from the Trump-Russia probe after text messages between the two emerged showing them disparaging Trump and his supporters, saying the then-candidate had to be “stopped.”

Johnson’s request to the DOJ comes just hours after Senator Chuck Grassley (R-Iowa), who chairs the Senate’s Finance Committee, submitted a similar letter to the Justice Department and FBI, urging them to provide more information on the wiped phones and to release an unredacted version of the 87-page doc.

“It appears that Special Counsel Mueller’s team may have deleted federal records that could be key to better understanding their decision-making process as they pursued their Investigation” into Trump, Grassley wrote, adding that “Congress and the American people are owed answers regarding Special Counsel Mueller and his team.”

Romney, Rosenstein, Mueller are furious over yet another failure of their attempted coup. It’s a beautiful thing to see.