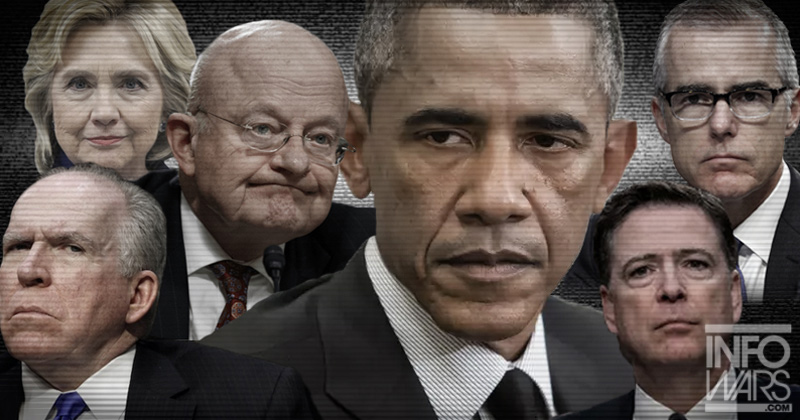 The Homeland Security and Government Affairs Committee voted on Wednesday to authorize subpoenas and depositions for 41 Deep State individuals who are responsible for launching the bogus Russia collusion investigation — including the top former leadership of the FBI and CIA.

“Our investigation is focused on covering and revealing the truth, but Democrats seem intent at every turn to frustrate and interfere with our oversight efforts,” Johnson said Wednesday after the vote was held.

Also subpoenaed are mid-level individuals like Stefan Halper, who served as an FBI confidential source during the Crossfire Hurricane probe; DOJ official Bruce Ohr, who served as a go-between for the Steele Dossier and FBI; former FBI counterintelligence chief Bill Priestap, who launched the Crossfire Hurricane probe, and Joe Pientka, who led the probe into Lt. General Michael Flynn.

The committee voted eight to six along party lines to authorize the subpoenas.

Johnson criticized the Democrats and media in a letter earlier this week for characterizing his efforts to bring transparency to the public as Russian disinformation.

“The very transparent goal of their own disinformation campaign and feigned concern is to attack our character in order to marginalize the eventual findings of our investigation,” Johnson wrote. “They are running the same play, out the same playbook they have been using for the last three and a half years.”

As serious as I take Russia, China and Iran trying to destabilize our elections, the way the Democrats and the mainstream media have reacted has done more to interfere and destabilize our politics. pic.twitter.com/Ifm11R6qGW

The vote comes weeks after FBI lawyer Kevin Clinesmith pled guilty to altering an email to the FISA court during the FBI’s probe into Trump’s campaign.