It is a sad day in the fight against Monsanto, GMO labeling, and the future of the planet. The Senate has adopted a law that would give ‘fast-track’ ability for the so-called Trans-Pacific Partnership (TPP) — a highly secretive bill that could restrict GMO labeling in the United States and abroad. In fact, some legal experts believe it could make GMO labeling completely illegal.

I have been spreading the word about the TPP since I first asked my team members at Natural Society to start writing on it back in 2014. It was then that we told you the secretive truth behind the TPP, writing:

“Just in case you aren’t familiar with The Trans-Pacific Partnership (TPP) and Transatlantic Trade and Investment Partnership (TTIP), they are huge multinational ‘trade’ deals written by corporations, which are being pushed by the White House and many of our politicians in order to support the ongoing monopoly of our food supply. They are toxic, just like the products these companies sell, but you can stop them with a twitter storm and grass-roots activism.”

Now, the TPP ‘fast-tracking’ is in full swing, thanks to the latest Senate vote. Remember, this is an initiative that has been called “The Monsanto Protection Act on Steroids!”

What’s more, the entire system of bills and ‘fast-tracking’ has become extremely confusing to anyone who isn’t following it around the clock. Let me break it down for you.

In a 60-38 vote, the Senate has moved forward with what is being called the ‘Trade Promotion Authority (TPA).’ This measure disallows Congress from making any changes in the legislation written up by the White House when it comes to things like Monsanto, the way corporations are held liable for their actions, and countless other items.

“Just as we are on the verge of winning GMO labeling in the US, these secret negotiations could eliminate the ability of countries around the world to label GMOs or impose common sense restrictions on the sale of genetically engineered seed and food in their countries if Monsanto and other biotech companies get their way. They could also make it illegal to label GMOs in the U.S., placing the decision in the hands of corporate lobbyists and Monsanto GMO stooges.”

Are you going to allow the TPP to stop you from knowing what you’re eating and feeding your families? Now is the time to spread the word about the TPP. 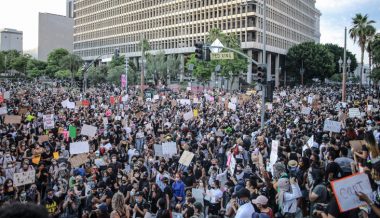