CNN host John Berman questioned Kennedy regarding his stated opposition to legislation being considered in the Senate that would give federal agencies greater access to state records, in order to better determine the eligibility of a person to buy firearms.

The bill would offer greater federal funding to state agencies that comply, while withholding it from those that don’t.

“Not a single one?” Berman asked.

“No,” Kennedy declared. “I think we need more idiot control.”

When Berman asked Kennedy to expand on what he meant by the term ‘idiot’, the Senator stated that he was referring to violent criminals like the shooter in Parkland.

Kennedy said he was not referring to anyone with a mental illness, and that he may have “misused” the term in that context.

Kennedy then stated that violent criminals are too often assumed to be mentally ill when many are just plain “evil.”

The Senator noted that the mental stability of the Parkland shooter has not been properly determined at this stage.

“I don’t know that, so I will call him an idiot,” Kennedy said. 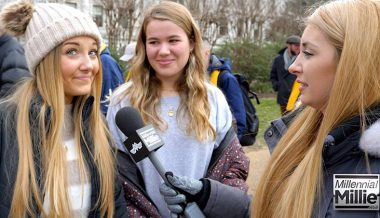