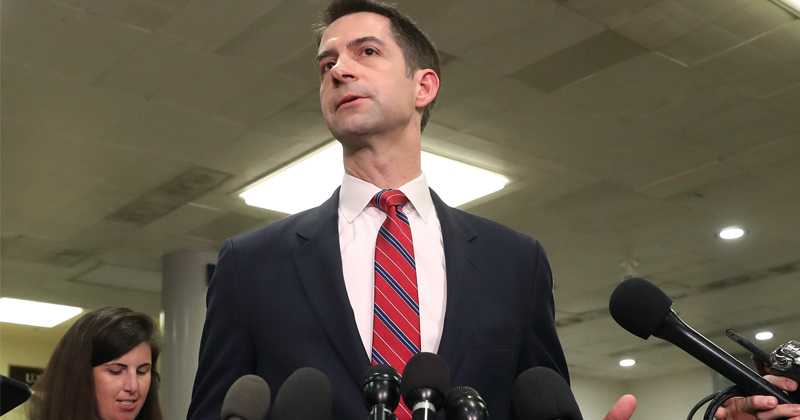 A little more than one week ago, the mainstream press branded the notion that nCoV might have originated as a bioweapon developed in a secretive Wuhan lab as a deranged conspiracy theory, with zero conclusive evidence to support it (despite the mountain of coincidences have been reported by Zero Hedge and others).

Readers may remember how Buzzfeed was extremely triggered by our coverage.

And they also might be interested to hear that over the last two days, two mainstream financial media organizations and a prominent Republican Senator have all raised questions about the virus’s provenance, suggesting that the bioweapons theory isn’t so far-fetched after all.

Is it merely a coincidence that the Canadian scientist at the center of a bio-espionage probe was recently found dead in Africa, as we reported last week? Or that a doctor who helped draft a critical international bioweapons convention has said that the virus might be tied to “biological warfare?”

Or an Israeli bioweapons expert?

Apparently, Arkansas Sen. Tom Cotton believes Beijing needs to address these questions, particularly after China’s ambassador to the US Cui Tiankai accused him of “xenophobia” against Chinese people by even suggesting that the virus could have been engineered as a bioweapon.

“I think it’s true that a lot is still unknown and our scientists, Chinese scientists, American scientists, scientists of other countries, are doing their best to learn more about the virus, but it’s very harmful, it’s very dangerous, to stir up suspicion, rumors and spread them among the people,” he said.

“For one thing, this will create panic,” Cui said, adding that it could also foment xenophobia and racist discrimination.

“There are all kinds of speculation and rumors,” he added, noting that there were also conspiracy theories about the virus originating in the United States. “How can we believe all these crazy things?”

On another note, when asked about Chen Qiushi, a citizen journalist who disappeared after covering the outbreak in Wuhan, Cui responded “I have never heard of this guy, so I don’t have any information to share with you.”

But back to the virus, Cotton first tweeted questions about the virus, pointing out that China’s most advanced virus research laboratory, known as the Wuhan Institute of Virology, was situated in Wuhan, near the epicenter of the outbreak.

Replying to the ambassador’s interview, Cotton again accused Beijing of lying and trying to cover up the outbreak during its early days.

[email protected], here’s what’s not a conspiracy, not a theory:


Later, he tweeted that the “burden of proof” is on “the communists” to explain where this virus came from. He has acknowledged the theory that it originated when a human consumed a wild animal like a snake or a bat, which were sold at a market in Wuhan identified as the epicenter of the outbreak.

Fact: super-lab is just a few miles from that market

Where did it start? We don’t know. But burden of proof is on you & fellow communists. Open up now to competent international scientists.


During a Tuesday morning on CNBC, Cotton sounded as convincing as ever, warning that Beijing has repeatedly lied about the outbreak – particularly during the earliest and most critical stages – while China’s refusal to let American or any other international scientists or researchers to assist in the research on the ground in China is also curious, to say the least.

In response to the ambassador’s accusations of fearmongering that have been directed at him, Cotton argued that “what really spreads fear is China lying about the origins of this disease and about the number of people who have it and excluding American and other western scientists from studying it. As far as racism…the Chinese people are the people are most harmed by the Chinese government’s incompetence and duplicity.”

He added that the virus could be the “single biggest threat to the US and Chinese growth this year.”

Unsurprisingly, the Squawk Box clip published by CNBC edits out Cotton’s responses to questions about the bioweapons.

"I'm afraid that the #coronavirus could actually be the single biggest threat to both global and U.S. growth this year," says @SenTomCotton. "What really spreads fear is China lying about the origins of this disease and about the number of people who have it." pic.twitter.com/aI0pfGz2p7


Fortunately, we happened to be watching, and decided to take some notes.

When Cotton was asked to explain why he believes the bioweapons theory is credible, he pointed out that “Wuhan has China’s only biosafety level 4 super laboratory that works with the worlds most deadly pathogens that include the coronavirus.”

Yesterday, Maria Bartiromo questioned Peter Navarro, a senior White House advisor and noted China hawk, about the bioweapons theory. While he certainly sounded a little uncomfortable responding to her question, he definitely didn’t rule out the possibility.

Coronavirus could have started in a weapons lab.. wow pic.twitter.com/Up9PSgeAKz


So over the last week, the bioweapons theory has gotten more credible, not less. Just like other ‘conspiracies’ like reports that China has been burning bodies.