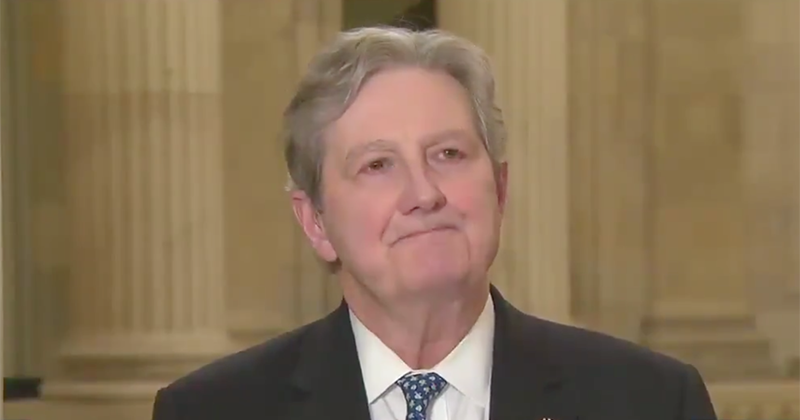 GOP Senator John Kennedy used a startling cultural reference to portray his belief that believes Speaker of the House Nancy Pelosi is crazy, saying that he often thinks she has ‘is one of those people who tried Tide Pods’ laundry detergent.

“Sean, with respect, there are times, particularly recently, when I think Speaker Pelosi is one of those people who tried Tide pods,” Kennedy hilariously stated.

"Sean, with respect, there are times, particularly recently, when I think Speaker Pelosi is one of those people that tried Tide Pods." pic.twitter.com/mdwdMbBTvx

“I want you to think about what she proposed today, this is what the speaker is threatening to do,” he continued, adding “She is threatening to keep the House Democrats in session and prevent them from going home and running for reelection unless the Senate Republicans agree to the speaker’s $3.4 trillion coronavirus bill.”

“On the one hand we can vote for Pelosi’s $3.4 trillion bill or we can agree to allow her to put the House Democratic majority into jeopardy. That’s just bone deep down to the marrow foolish,” Kennedy urged.

Kennedy further emphasised that Nothing is going to get done while the Democrats refuse to back down over something that is never going to come to fruition.

“Senator Schumer and Speaker Pelosi aren’t going to agree to anything until we agree to spend a trillion dollars bailing out New York and California and that’s not going to happen in your or my natural life,” Kennedy added.

Jim Cramer: “What deal can we have, Crazy Nancy? I’m sorry, that was the president. I have such reverence for the office. I would never use that term …”