Senator Mike Lee, a Republican from Utah, expressed his concern on the Senate floor about a universal firearm background check system now under consideration in Congress.

“Some of the proposals, like for example – universal background checks – would allow the federal government to surveil law-abiding citizens who exercise their Constitutional rights,” Lee said. “One of the provisions we expect to see in the bill based on what we saw in the Judiciary Committee – on which I sit – would allow the Attorney General of the United States (Eric Holder) to promulgate regulations that could lead to a national registry system for guns. Something my constituents in Utah are very concerned about, and understandably so.”

Senator Lee said the government has no authority to monitor the legal exercise of constitutional rights.

“You see, the federal government has no business monitoring when or how often you go to church; what books and newspapers you read; who you vote for; your health conditions; what you eat for breakfast; and the details of your private life– including your lawful exercise of your rights protected by the Second Amendment and other provisions of the Bill of Rights.”

Democrats are aware of the growing alarm over the prospect of a national registry and ultimately confiscation. On Thursday, vice president Joe Biden went on Morning Joe to sell the fallacy that the gun bill supported by Obama does not contain a measure for a national gun registry.

“So this idea that there is a national registry, there is no place in the federal government where you can go, not a single place, and find out everybody who owns a gun.”

The gun bill Democrat Senate Majority Leader Harry Reid is peddling in fact contains what amounts to a national registry.

Thus, the loose language could be construed to allow the Department of Justice itself (or another agency specified by the Attorney General) to keep centralized records of who received what guns and where, by sale or gift from one individual to another. Any provision of a bill relating to firearms that authorizes the Attorney General to issue regulations should explicitly be made subject to section 103(i) of Public Law 103-159 to eliminate any risk of misconstruction of the provision to allow creation in whole or in part of a national firearms registry.

Biden, Obama, Democrat gun-grabbers in the Senate and other advocates of federal power over the individual led by Nanny Bloomberg in New York are determined to strike the Second Amendment and disarm the American people. Nothing short of complete failure of any anti-Second Amendment legislation in Congress should be acceptable to the American people if they wish to retain a modicum of liberty and protect the Bill of Rights. 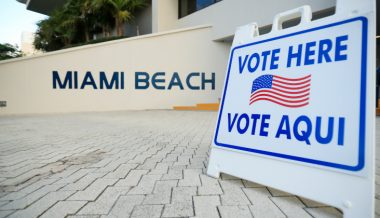