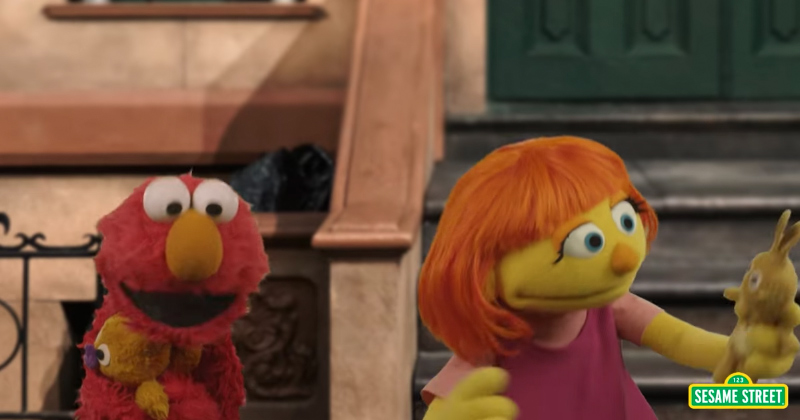 The children’s series Sesame Street announced they will soon feature a new muppet who suffers from autism.

Julia, who has existed in print and digital illustrations for over a year, will appear in live muppet format in Sesame Street’s April 10 episode, which will air on PBS and HBO.

The muppet is the product of an awareness campaign produced by the Sesame Workshop non-profit organization working alongside the Autism Speaks advocacy group.

A statement from Sesame Workshop says Julia fulfills a commitment to increase acceptance of autistic children and provide support for their families.

“Bringing Julia to life as a Sesame Street Muppet is the centerpiece of all of our new materials to support families of children with autism,” a spokesperson for Sesame Workshop reads.

Julia is the latest muppet created to address modern social issues through the expansion of the Sesame Street universe.

In 2013, the children’s program also introduced “Alex,” a muppet whose father had been sent to prison.

In the past, the popular muppet Elmo ironically joined US Surgeon General Vivek Murthy for a public service announcement pushing “safe” vaccines onto impressionable young minds.

In October 2015 Florida Congressman Bill Posey called on lawmakers to investigate the CDC over allegations the agency destroyed documents proving a link between childhood autism and the MMR vaccine.

The blueprint for President Donald Trump’s latest budget proposal calls for the elimination of federal funding to the Corporation for Public Broadcasting, which received about $445 million in the 2016 fiscal year.

Alex Jones discussed this article on the Tuesday, May 21 2017 edition of the Alex Jones Show: