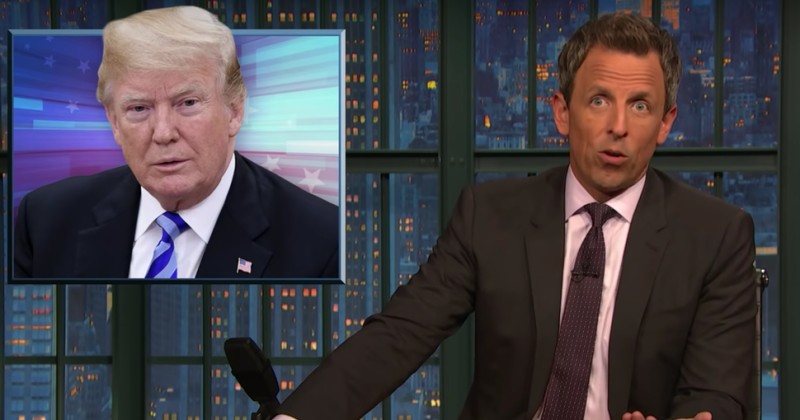 Comedian Seth Meyers inadvertently admitted that his relentless ‘Orange Man Bad’ jokes about President Trump are getting stale and boring.

For his new Netflix special, Meyers will offer viewers a feature that allows them to skip quips about Trump.

“It dawned on me that because it was on Netflix, there would be this opportunity to put in technology that would allow people to skip it,” he told CNN Business. “It was away to build in the response to anyone who would say, ‘Oh, let me guess there’s going to be jokes about the president.’”

Myers added that he didn’t think many people would use the skip feature, which makes sense because Trump supporters are unlikely to form a large part of his fanbase.

However, the mere fact that one exists is an admission on Meyers’ part that his ‘Orange Man Bad’ routine is getting tedious.

For his special, Meyers said there wouldn’t be much content about Trump or politics, which makes a change from his late night show which is almost exclusively filled with Trump Derangement Syndrome.

The quality of comedy has drastically plunged in recent years thanks to political correctness and liberals playing it safe because they are so petrified of offending people.