Oh, the joys of not having to get up with the first ring of the alarm clock!  But then, as I laid in bed this morning wondering what to write about, it came to me in a flash:  There have been numerous alarming signs and portents in the markets this week, if one knows where to look.

But what’s even more alarming is that if you look back over the last year of “We’re not in a Depression” bank numbers, you’ll see that the number of banks closed is nominally up to 75, but if you count up branches, the banking system has shuffled ownership of 2,969 branches.

That FDIC seems to be doing a smooth job of it – making depositors whole in each case (so far), one can’t help but wonder what’s the cost of all this to be in the longer term, especially since the real guts of the second leg down in financial markets isn’t expected till this fall.

When will FDIC have to go looking to recharge its coffers?

Meantime, at least the bad news was released after the markets were closed and has an extra day to contemplate what this all means.  Answer to that should be apparent to anyone with half a brain (Depression 2.0 may be real and George may not be so crazy after all…).

If you divide the total offices closed (2,969) by 51 weeks (since July 11, 2008 is the IndyMac failure – 51 weeks back) closings have been averaging 58.21 offices per week, although admitted the data is skewed a bit by the WAMU and Downey Savings failures.  Still, the count is the count.

Another one of the alarming stories this week to give ’cause to pause’ was the NY Fed Funds Rate which, if you look at the June 30th data, had someone paying 7% for overnight funds.  The aberration, first caught on Karl Denninger’s “Market Ticker” site admittedly does leave one asking plenty of questions (Like: Who’d pay 7% for overnight money in this environment if they didn’t have a death-like financial mess to paper over quickly?), one can only pray that it was just someone needing quick cash for the end of Q2.  The worst fear is that this is all a set up for the next collapse of the derivatives bubble which will be easily apparent as the Dow goes toward new lows in September, which is what I fear.  Not to mention the possible banking and market holidays which could accompany that.

Make a note to self:  Finish spreading money around to ‘safe’ places.  A bit more in the Treasury TIPS paper, a bit less in the Big National Bank – going instead to a couple of local banks which have weathered at least one Depression previously.

A third area where alarming developments are taking place is well-described under the headline “Financial lobby gears up for effort against Obama plan.” While it’s true that the Obama administration is trying to build a credible “Consumer Financial Protection Agency”, it’s more than equally true that the banksters are going to roll out all the big guns and pull out the stops since if this one goes through. it could have a Kondratieff cycle-long impact on the bankster coup – which means it could actually save America from financial interest/bankster domination for another 50-years.  Why, who’d want to be shackled with interest rate caps and such when desperation of common folks can be turned into optimized yields on past-due accounts?

[efoods]You won’t read much about this fight in the MainStreamMedia, however, since the banksters have brought most of the corpgov/ MSM media to heel by simple manipulation ad budgets:  “Ya’ll either toe the line, or mother banker will slash advertising on your radio/tv/newspaper chain to zip and then where will you be?  Need to roll over a credit line to keep your LBO roll-up together?  Lay off on the coverage of interest rate caps, then…” Or some variant of this.  never ‘spoken”, but that’s how the complex system works when you step back from it a ways.

Ah, the joys of having the best ‘democratic republic’ money can buy.

Related?  “Washington Post cancels lobbyist event amid uproar.”  You tell me.  I’ve filed it under “Cookie jars and fingers.”

But there’s another point of alarm, right there.  Groups like “www.firecongress.org” are popping up and they make it pretty clear that the world “revolution” which I’ve mentioned prominently ove rthe past year or so are starting to filter into the active area of language.

By the way, don’t  forget to check out their poster – which you can print off on a good quality color printer and pass around:

Along about here, you may be figuring out that the reason the market dropped 223 points in Thursday’s trading is that it’s occurred to more people than just yours truly that there is not much stimulating going on from the over-hyped and over-sold ‘stimulus’ bill.

Nassim Taleb – who wrote the famous book on statistical outlier events The Black Swan: The Impact of the Highly Improbable

Nice thought, that. But, in case you haven’t noticed, at the current ‘burn rate’ the only possible outcome for the economy is to have runaway inflation, which is fine from the standpoint of the powers-that-be, since the people who were marginally ready to lose their homes, are in many cases already in default and the homes owned by the bankster class, so when prices start to go wild, they ought to sell like hotcakes and new and much higher rates since the public will be retrained into the borrow and refi industries, which will be retooled to maximize profits once again. 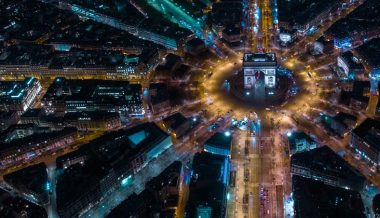 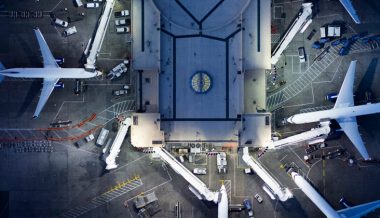