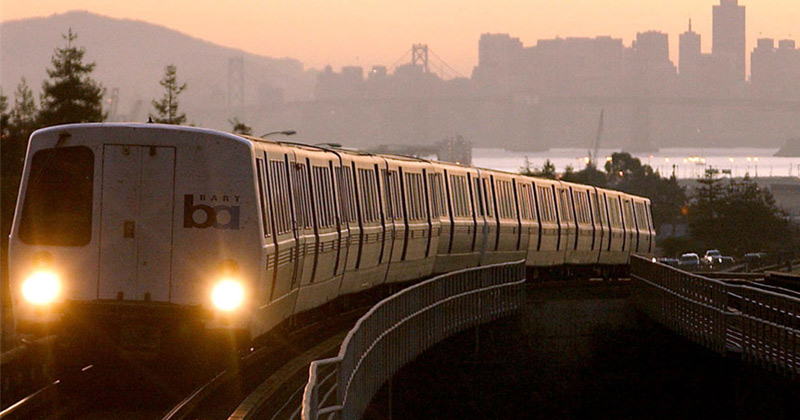 A Bay Area newspaper reported on an unprovoked train attack occurring in Oakland on the same day it asked why people stopped riding the train.

On Wednesday afternoon, the San Francisco Chronicle said that “a man was beaten with a chain in an unprovoked attack aboard a BART train during Tuesday evening commuting hours, leaving him with injuries that required hospital treatment, officials said.”

“The suspect hit the victim and struck him with a chain that BART [Bay Area Rapid Transit] officials said was possibly a bike lock,” the outlet reported. “The suspect fled the train at Lake Merritt Station and has not been apprehended.”

“He is described as a white man in his 30s wearing a white t-shirt, black sweatpants and a beanie and carrying two plastic bags.”

Earlier that morning, the very same San Francisco Chronicle reported that “BART has lost nearly 10 million passengers on nights and weekends” and asked “can it lure them back?”

“A recent BART survey of 662 commuters in five counties may help explain the evening and weekend drops in ridership,” the paper reported. “Nearly a third — 29% — of respondents said they take BART less often on weekends than they did a year ago. The primary reasons: They’re not traveling to places served by the rail system, and weekend rail service is too sparse.”

“Yet they also cited misgivings about crime, filth and homeless people seeking shelter on the rail system, which, according to the survey, were a bigger deterrent than service delays, the cost of fares or disruptions from weekend track repair,” the newspaper continued, with emphasis added.

Perhaps the Chronicle’s ‘Crime Dept.’ and ‘Bay Area & State Dept.’ should collaborate on the next BART article.

Interestingly, the newspaper also pointed out that BART is effectively operating as a “social service provider” due to the amount of homeless people using their rides and facilities for shelter.