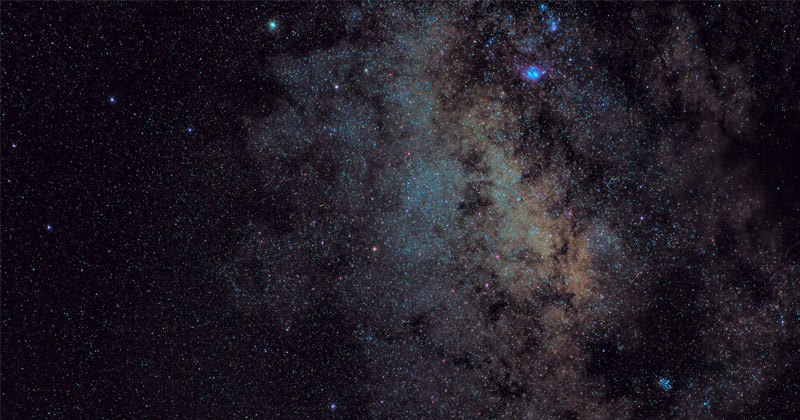 Scientists in Hungary claim to have found new signs of a subatomic particle they’ve termed ‘X17’, which could explain dark matter and rewrite the laws of physics by revealing a ‘fifth force of nature’.

The current standard model of physics incorporates four fundamental forces: gravity, electromagnetism, the strong interaction, and the weak interaction. If its existence is proven, this ‘fifth force’ could finally explain the mysteries surrounding the invisible substance dark matter, which is thought to account for around 85 percent of all matter in the universe.

The Hungarian team first claimed to have found evidence of the particle back in 2016 when conducting experiments with radioactive beryllium atoms, and recently published a new paper, yet to be peer-reviewed, giving more detail of their observations. The apparently elusive subatomic particle was dubbed ‘X17’, with ‘X’ denoting that it’s unknown and ‘17’ indicating that its mass was calculated by the team to have a mass of nearly 17 megaelectronvolts.

Other scientists have greeted the claims with open skepticism though, particularly as no one else – not even the team at CERN – has managed to find any trace of this supposed ‘fifth force’.

“I’m skeptical. I think, as an experimentalist, that’s my natural position when I see something like this, but I think it needs to be investigated,” Richard Milner, physicist at the Massachusetts Institute of Technology, told Live Science. He added that if proven, it would be a “tremendously important” discovery.

Other physicists voiced their uncertainty on Twitter, with one joking: “I am too old to waste time on ‘big fish’ physics stories told by drunken Hungarian fishermen.”

Some scientists said they are certainly willing to believe in the possibility, but they’ll hold off on celebrating it until it’s been independently verified.

Alex Jones, Rob Dew and Savanah Hernandez cover the Trump rally in Hershey, Penn., while also taking a ton of your calls.