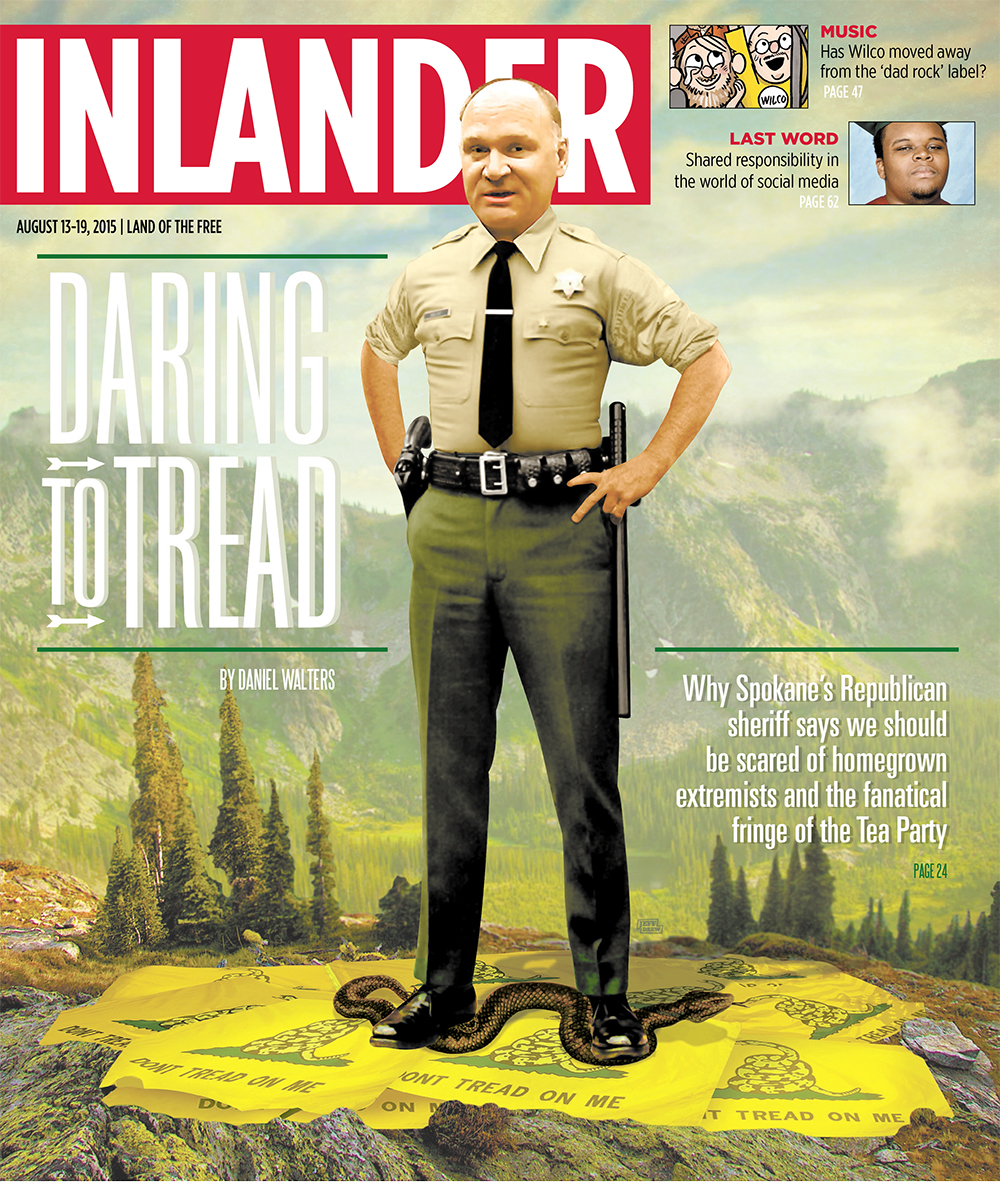 Spokane County Sheriff Ozzie Knezovich linked “rhetoric” from supporters of the U.S. Constitution to violent anti-government groups and ISIS this week in an exposé on the officer’s fight against “homegrown extremists.”

In an article featured in the August 2015 edition of the Inlander, the Washington state sheriff draws comparisons to the ISIS terrorist group while railing against everyone from Infowars’ Alex Jones to Washington State Rep. Matthew Shea.

“There are some of those folks that want to overthrow the government, period. They want to hit a reset button,” Knezovich said. “If they’re willing to lie to get that reset button — this is how ISIS starts.”

The Inlander piece highlights the sheriff’s ongoing campaign against local conservative groups who he feels are pushing dangerous rhetoric. When asked to specifically name those responsible, Knezovich pointed to both Rep. Shea and “all those folks that created the video about the Deputy.”

Knezovich’s statement refers to exclusive footage released by Infowars last December which highlighted unsettling comments made by a Spokane sheriff’s deputy as he stood next to the department’s mine-resistant ambush protected military vehicle (MRAP). After a local resident approached and questioned law enforcement’s need for military hardware, the deputy immediately used “constitutionalists” with “firearms” as justification.

“I mean, we’ve got a lot of constitutionalists and a lot of people that stockpile weapons, lots of ammunition,” the deputy said. “They have weapons here locally.”

The video brought about an immediate backlash after receiving nationwide attention, causing Knezovich to accuse Infowars of “hatemongering” and taking the deputy’s comments out of context.

“Instead of apologizing for the comments made by his deputy, Sheriff Knezovich essentially blamed Infowars for daring to report on the issue, claiming that the quote was taken out of context while failing to explain how such a brazen statement could be taken for anything other than its face value,” noted Infowars’ Paul Joseph Watson at the time.

Speaking with Infowars, Rep. Shea expressed outrage at Knezovich’s latest comments and also the article’s analysis on a local pastor.

“I fought Islamic terrorists on the ground in Iraq face-to-face,” Shea said. “I lost a man – who was a Christian and who would have fit the Sheriff’s definition of a constitutionalist – under my command fighting Islamic terrorists.”

“It is outrageous to compare constitutionalists and Christians to ISIS! We believe in freedom. We believe in liberty. A value set that is rooted in the Judeo-Christian tradition. ISIS is anathema to those things. I call on every Christian and constitutionalist in this country to demand an apology from this Sheriff for his outrageous comments and demand his immediate resignation.”

Knezovich also went as far as to blame Infowars’ Alex Jones for a group of men who were arrested earlier this month for an alleged “murderous Jade Helm 15 retaliation plot.”

“This right here is all because of a bunch of words from Alex Jones,” Knezovich said. “Alex Jones started the Jade Helm fire. Words become reality.”

The sheriff pointed to the Bundy Ranch as well, accusing supporters of looking for a “trigger” to take on the government.

“There are people out there looking for that trigger,” he said. “They were praying that trigger would be at Bundy Ranch.”

A vocal supporter of the Southern Poverty Law Center, an organization that similarly and falsely links law-abiding Americans to domestic extremism, Knezovich states that such groups are breeding a generation of Americans who distrust their government.

“You will not have a next generation to defend this country,” the sheriff said. “You will have all taught them to hate and distrust this nation.”

“Alex Jones makes a ton of money selling fear. Matt Shea is an elected official who gets elected selling fear.”