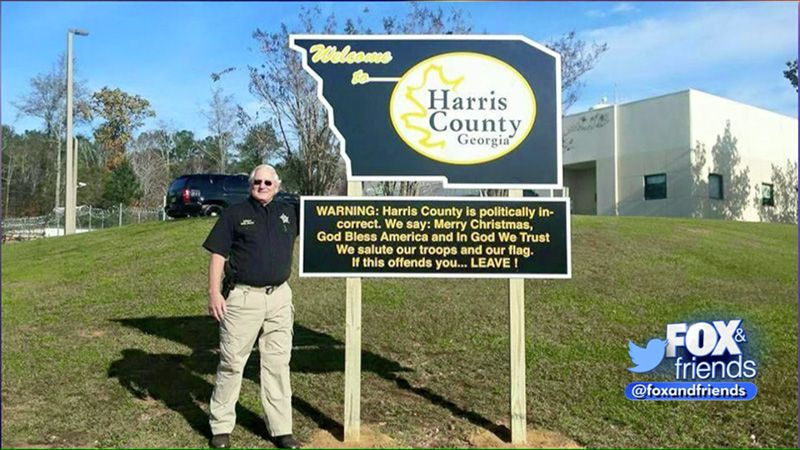 A sign in Georgia warns criminals visiting Harris County that residents in the region are armed.

“Our citizens have concealed weapons,” the sign says. “If you kill someone, we might kill you back.”

“Enjoy your stay!” the sign also reads, before adding, “We have ONE jail and 356 cemeteries.”

The sheriff responsible for the sign, Mike Jolley, had previously triggered the leftist media after he paid $553 out-of-pocket for a sign in 2015 telling visitors the county is “politically incorrect.”

“WARNING: Harris County is politically incorrect. We say: Merry Christmas, God Bless America and In God We Trust. We salute our troops and our flag. If this offends you… LEAVE!”

“I spent 20 years in the army to give everyone the right to disagree with me or anyone else,” the sheriff said on Fox & Friends. “Hopefully, if they disagree, they can voice that opinion. But if it offends them, truly offends them, maybe they’re in the wrong country.”

The sheriff says reactions to his latest sign have been “98 to 99 percent supportive,” according to local media.