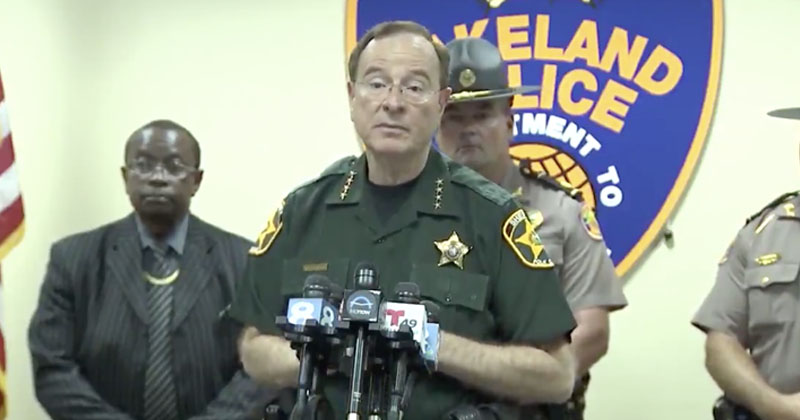 A Florida sheriff has a stark warning for rioters tonight: if you fan out to the suburbs to loot, you will likely be shot by residents.

The Lakeland Police Department Sheriff Grady Judd issued a statement on the heels of Polk County declaring a local state of emergency on Monday, warning rioters to stay away from the neighborhoods because residents value the Second Amendment.

“We have received information that some of these criminals were going to take their criminal conduct into the neighborhoods,” Judd said. “I would tell them, if you value your life, they probably shouldn’t do that in Polk County.”

“The people in Polk County like guns, they have guns, I encourage them to own guns… And if you try to break into their homes to steal, to set fires, I’m highly recommending they blow you back out of the house with their guns.” STORY: https://t.co/NjG4Frlphy pic.twitter.com/KH0g3X0POC

“Because the people of Polk County like guns, they have guns, I encourage them to own guns, and they’re going to be in their homes tonight with their guns loaded, and if you try to break into their homes to steal, to set fires, I’m highly recommending they blow you back out of the house with their guns. So, leave the community alone.”

Judd pointed out that most of the rioters are organized and not local residents who “came here for nothing but to create problems.”

The sheriff went on to express his sympathies about George Floyd’s death but said that the riots have distracted from Floyd’s wrongful death at the hands of Minneapolis police.

Gun store owner Michael Cargill joins Owen Shroyer and Alex Jones to break down the footage of the attempted robbery of his establishment during the recent riots.