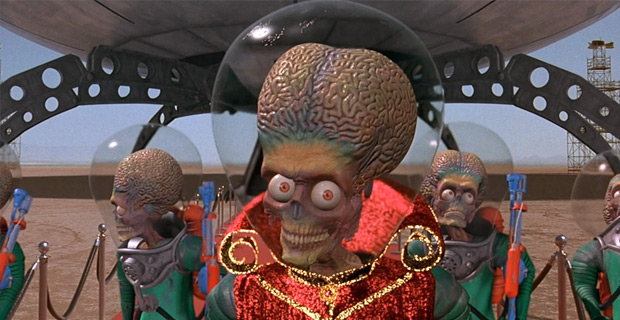 Riot police in Ferguson, Mo., did not attack journalists, nor confiscate camera equipment last night, as reported, but rather they “assisted” reporters and made efforts to move “media personnel to a safer area,” according to a statement put out by the St. Charles County Sheriff’s Dept.

On Thursday, images and video of police firing rubber bullets, tear gas canisters and flash bang grenades at protesters and journalists prompted outcries that Ferguson SWAT teams were engaged in suppression of the First Amendment.

More proof militarized cops in #Ferguson are deliberately targeting media. This has nothing to do with looters. pic.twitter.com/seRjcYSrUg

But despite footage and multiple eyewitness accounts detailing how cops pointed weapons at and literally shot journalists, tore down news crews’ camera equipment and arrested reporters in nearby restaurants, police insist they were merely helping the media “with their consent,” and that reporters “thanked their officers.”

“In fact, last night the SWAT Team officers were assisting the media in moving their camera equipment and media personnel to a safer area with their consent so that they could continue to cover the event,” a press release from the sheriff’s department states, according to multiple sources.

Furthermore, the sheriff’s department insisted that Al Jazeera journalists, filmed fleeing from their expensive camera equipment, were actually escorted into an armored vehicle, and that photos actually showed riot police helping them by dismantling their equipment.

The statement ludicrously went on to claim that the sheriff’s department “supports the freedom of the press,” and that it did not in any way attempt “to prevent media coverage.”

Here’s more of the statement from Fox2Now:

On Wednesday, August 13th, video footage was taken of St. Charles County SWAT officers handling media camera equipment. The position of the St. Charles County Sheriff’s Department is that the media has the right to cover these events and supports the freedom of the press, and the SWAT Team has not been any part of attempting to prevent media coverage.

The department’s attempts to smooth over the situation is humorous given the abundance of evidence showing police did in fact attack journalists.

Infowars reporters Josh Owens, Jakari Jackson and Joe Biggs can all attest that police did not have anyone’s First Amendment in mind and were definitely not there to “assist” them, as the statement claims.

The blatant disconnect between the department’s statement and what actually took place is reminiscent of scenes out of Tim Burton’s film Mars Attacks!, in which Martians chased and slaughtered civilians, all while professing “We come in peace,” and “Don’t run, we are your friends.”