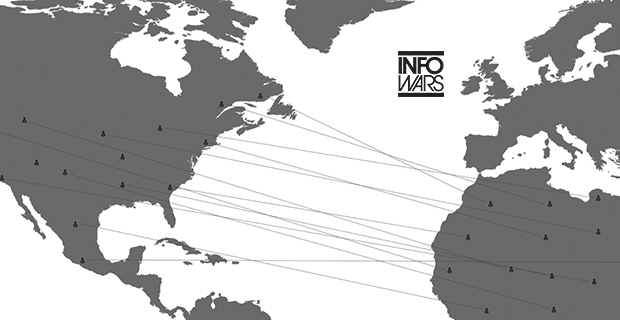 Five employees with the Dallas County Sheriff’s Department entered the quarantined apartment of Ebola patient Thomas Eric Duncan Wednesday night after being ordered to bring his four family members a court order barring them from leaving their home.

The five, who were ordered to enter the residence by Sheriff Lupe Valdez, were joined by a doctor and the head of the Dallas County Health and Human Services Department.

The incident was learned after sheriff’s deputies noticed the squad cars used by the five being taken out of service unexpectedly the following morning.

“They’re very concerned,” Dyer said. ‎”Their families are concerned. You’ve got to go home and tell your spouse, ‘Hey, I was just inside this house where a guy had Ebola.'”

“My concern is for the deputies and their families, and I want to see Dallas County do everything that they can to alleviate their concerns.”

Dryer went on to blast the federal government’s lax attitude towards the situation as well as their decision to use sheriff’s members to enter the home.

“My anger is really with the feds,” Dryer said. “Let’s move that family. Let’s move everybody out of that building. I don’t care if it’s overkill. Let’s do overkill. I don’t think sending a few deputies in there is the right course of action.‎”

Incredibly, the quarantined family alerted sheriffs to the fact that federal agencies allegedly in charge have failed to even provide them with food.

“What kind of planning is that for the feds?” Dyer said. “You quarantine them, but you’re not going to make sure they have food?”

Although Dryer was able to convince the sheriff’s department to put the five officers on leave to be checked by doctors, the CDC continues to claim they were never in danger.

Despite their claims, a growing number of medical experts are arguing that the virus is much more easily transferred than previously thought.

Professors at the University of Illinois are currently warning that even face masks are not enough to protect from infectious aerosol particles.

While the quarantined family is not currently showing symptoms, a reoccurring theme of carelessness from those in charge has outraged citizens.

Dallas residents and Americans alike were shocked Thursday evening after a news helicopter captured photos of an unprotected cleaning crew using pressure washers to blast vomit off the sidewalk outside of the Ebola patient’s home.

Texas health officials also admitted Thursday that they had yet to clean the apartment as well, making the possibility of infection among the quarantined family that much greater.

Despite the CDC telling citizens and reporters that they would finally clean the apartment during a Thursday afternoon conference call, a quarantined family member admitted that Duncan’s bed sheets had yet to be removed late Thursday evening during an interview on CNN. A seperate report claimed that a cleaning crew did in fact arrive last night wearing Hazmat suits, raising questions as to why the sheriffs were not provided with similar protection.