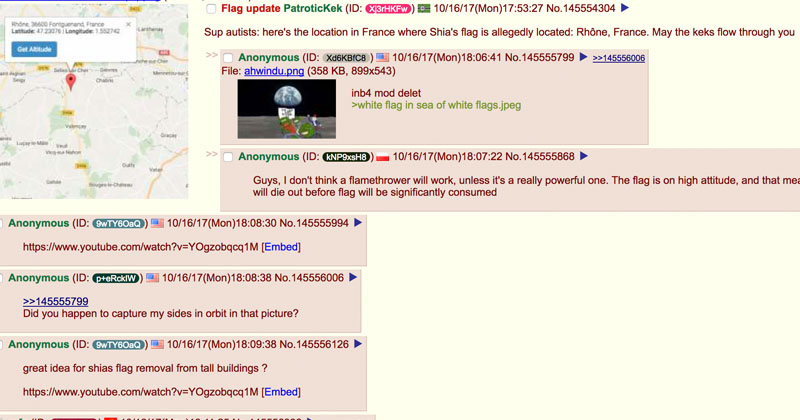 Shia LaBeouf has resurrected the notorious ‘He Will Not Divide Us’ exhibit that was sabotaged by 4Chan trolls numerous times, which had led the actor to scrap the 4-year long anti-Trump project months ago.

LaBeouf announced the return of HWNDU in a tweet with a picture of himself in a crane next to a spire with the infamous white flag displaying the phrase “He Will Not Divide Us” waving at the top.

Labeouf is referring to the building the flag is erected upon, called Le Lieu Unique center for contemporary arts in Nantes, France.

4Chan, which has delighted in turning the exhibit into the world’s ultimate contest of “Capture the Flag,” is already eager to hatch plans to take the HWNDU flag from the French arts center. 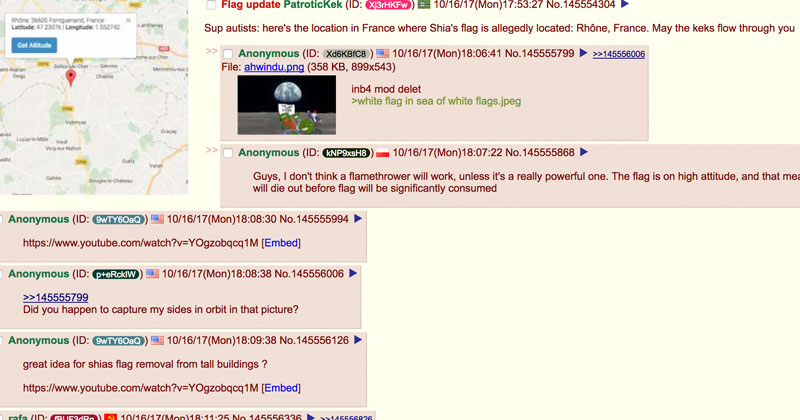 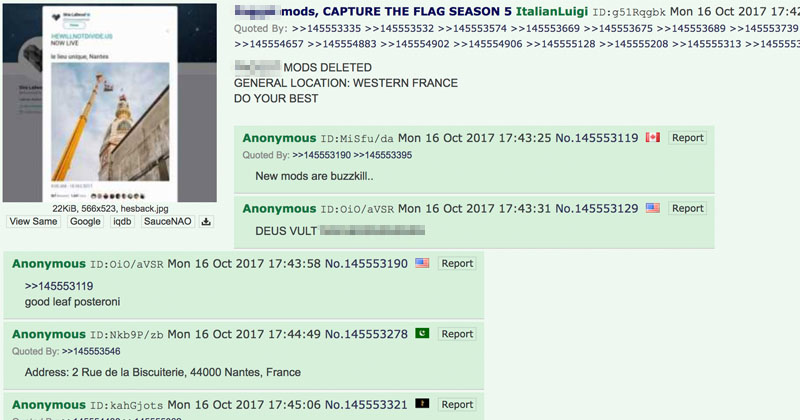 LaBeouf had previously gone to great lengths to conceal the location of the flag after breakouts of violence at his original HWNDU exhibit in Washington, D.C.

In one instance, LaBeouf had hidden the flag in a remote Tennessee location, which had unbelievably been found and taken by the 4Chan trolls who pinpointed the flag’s whereabouts by following the movements of airplane contrails in the video and honing it in with flight and radar tracking.

In the months after shutting down the project, LaBeouf was reportedly having numerous mental breakdowns including a racist rant to police which he later apologized for.

It was rumored that 4Chan’s antics had broken his spirit.